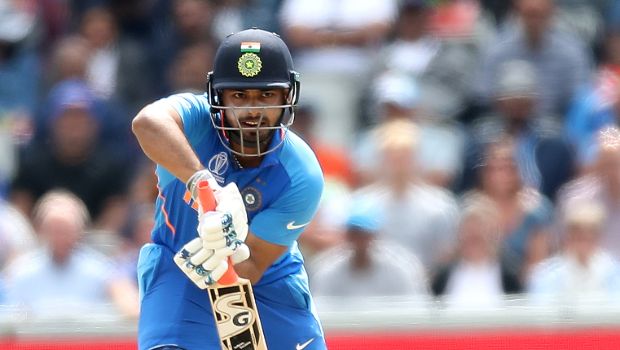 Former Australian spinner Brad Hogg is a tad surprised that India decided to go with Wriddhiman Saha as the wicket-keeper batsman ahead of Rishabh Pant in the ongoing first Test match against Australia.

Hogg stated it is an interesting choice from the visitors as Pant was really successful with the bat on the last tour of Australia.

The combative batsman had scored 350 runs at an impressive average of 58.33 in the last tour of Australia in four Test matches, including a best of 159 which he scored in the final Test match at the SCG. Pant is more aggressive as a batsman as compared to Wriddhiman Saha and he could have scored more runs while batting with the tail.

However, there is no doubt that Wriddhiman Saha is a better wicket-keeper than Pant and has more experience under his belt. But Saha’s batting numbers aren’t that impressive while playing against Australia. The right-hander has played three Test matches in the Australian conditions in which he has scored 111 runs.

On the other hand, Pant was backed as the first choice wicket-keeper batsman on the tour of New Zealand. As Pant had a great previous tour of Australia, most of the cricket pundits expected him to be part of the playing XI for the first Test match. Furthermore, the left-hander scored a blistering hundred in the second warm-up match against Australia A at the SCG.

Meanwhile, Saha also showed decent form with the bat as he scored a fifty in the first warm-up match against Australia A.

“Saha in front of Pant, interesting choice when Pant was extremely successful last trip with the bat. Just felt Pant had a bit more X factor in Aussi conditions. Must be worried with his keeping,” Hogg tweeted.

Virat Kohli won the toss and elected to bat first at Adelaide Oval. Australia dominated the first session as Mitchell Starc dismissed Prithvi Shaw whereas Pat Cummins got the better of Mayank Agarwal. India are 41-2 after the first session.