Home » Cricket » Aus vs Ind 2020: Rishabh Pant has himself to blame for not being in India’s white-ball squads – Aakash Chopra

Aus vs Ind 2020: Rishabh Pant has himself to blame for not being in India’s white-ball squads – Aakash Chopra 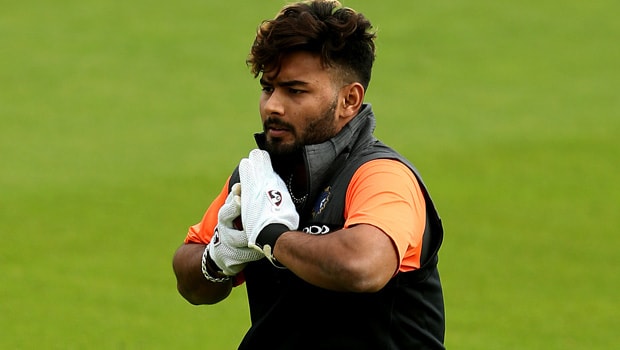 Former Indian opener and now a commentator Aakash Chopra believes Rishabh Pant has himself to blame for not being in India’s white-ball squads. Chopra stated that Pant wasn’t able to grab his chances, which he got. Now KL Rahul has bagged his opportunities and he is the first choice wicket-keeper in the limited overs format.

Pant hasn’t been able to break into the limited overs side since he was ruled out in the ODI series against Australia earlier in the year. The left-hander was hit on the head by a bumper from Pat Cummins and subsequently, Rahul has taken over the wicket-keeping baton.

Furthermore, as Pant didn’t show great form in the IPL, he was not named in any of the limited overs squad for the series against Australia. However, Pant has been able to hang on to his place in the Test squad. Pant scored 343 runs in 14 matches for Delhi Capitals at an average of 31.18 but got his runs at a meagre strike of 113.93.

In fact, Pant received ample opportunities to prove his mettle but he kept playing some reckless shot and couldn’t deliver the goods. The left-hander scored 374 runs in 16 ODI matches at a paltry average of 26.71 whereas he scored 410 runs in 28 T20Is at a mundane average of 20.50.

Furthermore, the white-ball version is expected to be Pant’s forte but he couldn’t get going in the national colours.

“Just think about it, if Hardik Pandya, Rishabh Pant and Ravindra Jadeja play at No.5, 6, and 7 for India, then suddenly you feel ‘wow, what a team!’. But did Rishabh do enough for himself? This is one question that he will have to ask himself,” Aakash Chopra told Cricbuzz.

“Rishabh Pant needed to understand this whenever he had the opportunity, he had to understand that the way he was getting out and whether he was able to finish the match or not. He has not made full use of the chances that he got and he only has himself to blame at this point in time,” he further added.

Chopra added that Pant will need to be a bit harsh on himself. Furthermore, Wriddhiman Saha is keeping for India A in the warm-up match against Australia, which means Pant’s place in the Test XI is uncertain.

Pant will need to grab his opportunities in the coming matches and he will look to turn the tables. The first Test match between Australia and India will take place at Adelaide Oval from December 17.