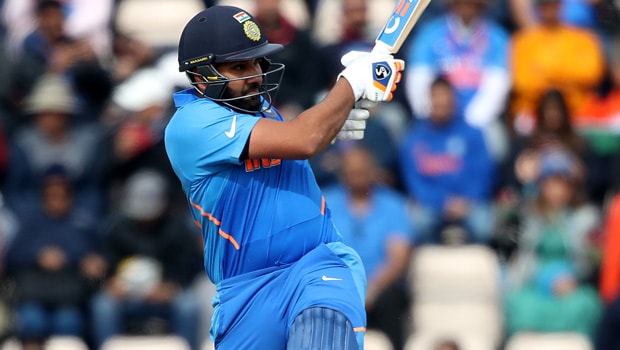 India’s veteran batsman Rohit Sharma has cleared his fitness assessment test and he will soon fly to Australia to join the Indian team, as reported by ESPN Cricinfo. Sharma will now be available for selection in the final two Test matches against Australia. The right-hander had travelled back to India from UAE after the conclusion of the Indian Premier League.

There was a lot of ambiguity regarding Rohit’s injury and even the Indian skipper Virat Kohli was not familiar with the development. In the end, it was revealed by BCCI that Rohit had traveled back to India to be with his ailing father in Mumbai.

Rohit had missed four matches for Mumbai Indians due to hamstring injury and played the last three games of the tournament for the franchise. In fact, initially Rohit was not named in any of the squads for the series against Australia and it sparked a controversy when he was seen practicing in Mumbai Indians net sessions soon after the squad announcement for the tour of Australia.

Meanwhile, Rohit will need to complete a 14-day quarantine period after reaching Australia. Rohit was expected to be India’s first choice opener with Mayank Agarwal. However, Rohit’s absence from the first two Test matches will give opportunities to young players like Prithvi Shaw and Shubman Gill.

Rohit’s presence will be a massive boost for the Indian team as Virat Kohli will miss the last three Test matches. The Indian skipper will travel back to India to be with his wife for the birth of his first child after the first Test match.

If all goes well, Rohit is expected to be part of the final XI and his place will also depend on the situation of the series as well as the form of other players.

The first Test match will take place at Adelaide Oval from December 17 and it will be a Day-Night contest.