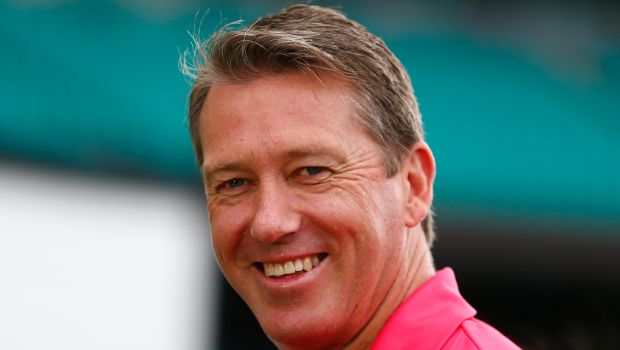 Former Australian legendary fast bowler Glenn McGrath believes an experienced Indian batsman should put his hand up and take the responsibility to score big runs in the upcoming series against Australia in the absence of full-time skipper Virat Kohli.

McGrath, who was known for his accurate line and length during his halcyon days, reckons Rohit Sharma could be that batsman for the tourists.

Meanwhile, Virat Kohli will only play the first Test match and he will head back to India to be with his wife for the birth of his first child. Subsequently, it will leave a big void in the Indian team and experienced batsmen like Ajinkya Rahane, Cheteshwar Pujara and Rohit Sharma will have to take the onus on their shoulders.

On the other hand, Rohit Sharma was able to grab his opportunity as a Test opener in 2019 as he had scored 529 runs against South Africa in the home conditions. However, Rohit hasn’t produced promising numbers in the overseas conditions in the red-ball format.

Glenn McGrath said, “Rohit Sharma is a quality batsman who hasn’t achieved at Test level what he should be achieving in my opinion. Maybe when Virat goes home, he might step up.”

McGrath also feels that the visitors will need to come up with a collective batting effort to be successful in the Australian conditions as they cannot rely on one particular player to do the lion share of the scoring.

“Having said that, you can’t just focus on one player. You have Rahane, Pujara, Rahul, so there’s a quality batting line up. Once Virat leaves, it will be an opportunity for someone else to put their hand up and make a mark on the series. Maybe that could be Rohit Sharma.”

The Indian team will have their work cut out in the Australian conditions, especially in the absence of their skipper Virat Kohli. A lot will also depend on Ajinkya Rahane, who will look to lead the team with aplomb.

The first Test match of the series will take place at Adelaide Oval from December 17 and it will be a Day-Night contest.