Home » Cricket » Aus vs Ind 2020: Saha should play if we talk about fairness but Pant will play – Aakash Chopra

Aus vs Ind 2020: Saha should play if we talk about fairness but Pant will play – Aakash Chopra 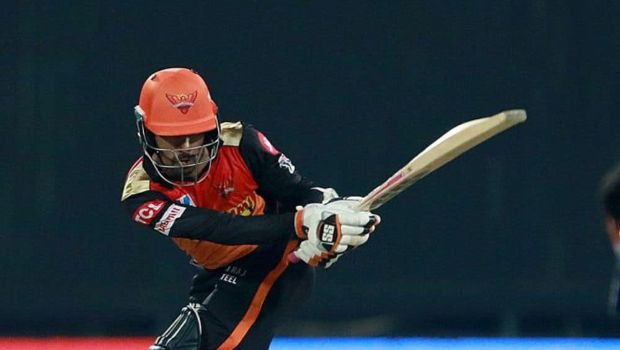 Former Indian opener and now a renowned commentator Aakash Chopra believes Wriddhiman Saha should play in all fairness but he gets the feeling that Rishabh Pant will get the wicket-keeping role in the upcoming four-match Test series against Australia.

Saha scored a half-century in the first warm-up match against Australia A at Drummoyne Oval and he was thought he will be backed as the first choice keeper for the series. However, Pant scored a blistering hundred off just 73 balls at the SCG in the second warm-up match, which was also a pink-ball game.

Meanwhile, Saha is a safer option behind the stumps as he has got brilliant hands and he is more experienced than Pant. However, Saha’s batting hasn’t been up to the mark. The right-hander has scored only 74 runs in his last five Test matches at an average of 24.55. Furthermore, Saha has played three Test matches in the Australian conditions and he has scored 111 runs at an average of less than 19.

On the other hand, Rishabh Pant provides more promise with his batting skills but he isn’t the best with the gloves. Pant was the second highest run-getter in the previous tour of Australia as he had scored 350 runs in four Test matches. The southpaw had also scored a fine knock of 159 at the SCG in 2018-19.

Meanwhile, Pant has scored 277 runs in his last five Test matches at an average of 39.57. The left-hander can get the quick runs while batting with the tail.

Aakash Chopra said on his YouTube Channel, “I feel if you are thinking even a little bit about the batting, then you should play Rishabh Pant but otherwise Saha deserves to play. Because you have stuck with Saha, he has kept well.”

“Rishabh Pant did play the last two Test matches in New Zealand but did not score runs with the bat there. Wriddhiman Saha is the better keeper. One catch at times changes the complexion of the game. Not that Rishabh Pant will not hold on to the catches.”

“Wriddhiman Saha should play if we talk about fairness but I feel Rishabh Pant will play.”

It would be interesting to note team management decision as they will have a selection headache before the first Test match. It is believed that Rishabh Pant will be backed as a first choice wicket-keeper in the overseas conditions as there isn’t much turn on offer. However, Saha is a better wicket-keeper and has more experience under his belt.