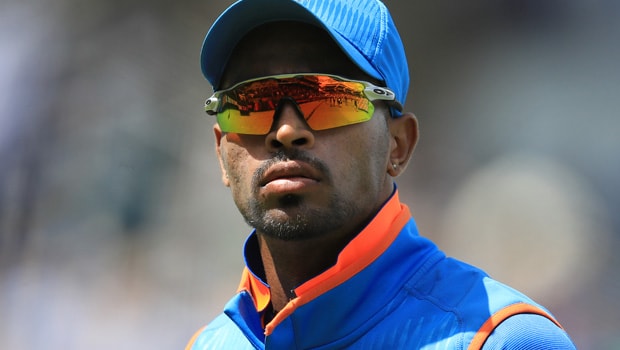 India’s all-rounder Hardik Pandya had a fine ODI series against Australia. Pandya scored a blistering knock of 90 runs in the first ODI off just 76 balls. However, he didn’t have a great day at the office in the second ODI as he wasn’t able to time the ball. Pandya then scored a blistering knock of 92 runs from 76 balls in the third ODI at Manuka Oval, Canberra on Wednesday.

However, when Pandya was selected in the final XI as a pure batsman on the basis of his IPL performance, it didn’t please former players like Sanjay Manjrekar. Pandya is yet to achieve full fitness to bowl his quota of overs but he was able to do justice to his role as a number six batsman.

The right-hander scored 210 runs in three matches at an average of 105 and a blistering strike rate of 114.75. In fact, India were reeling at 152-5 in the final ODI but Pandya played a mature innings as he scored his runs at run-a-ball in the initial stage. After getting settled, Pandya was able to change gears and he played a fine knock to take India’s total to 302 runs.

Pandya has the skills to hit the big shots and he was at his best in the ODI series against Australia.

“I was skeptical when they picked him for the IPL performance. I thought he was a good T20 batsman but 50 over is a slightly different game. Can Hardik Pandya be a pure 50 overs batsman? He proved to all of us that he can,” Manjrekar said on Sony Six after India’s win in the 3rd ODI.

“He had that score in the first match but we have seen him get runs and not be consistent enough but we have seen in this game again today. So yes, India has found a pure No. 6. Who knows he might start going up the order?”

Hardik Pandya has all the skills to provide the finishing touches to the team in the limited-overs format. The right-hander has the game to hit the ground running and he can hit the boundaries at will. Pandya has also done a fine job while batting down the order for Mumbai Indians.

Manjrekar also added that Pandya batted with maturity and he didn’t take any undue risk when the situation was tricky.

The first T20I will take place at Manuka Oval, Canberra on December 4.