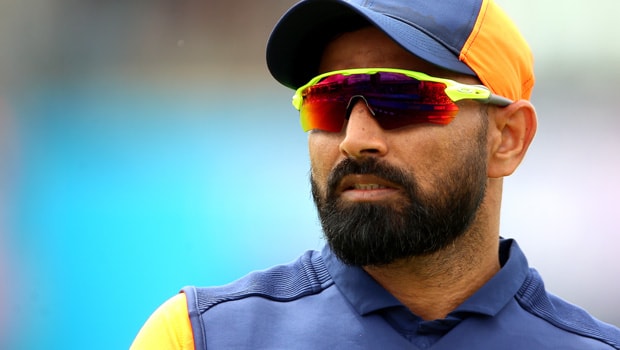 India’s ace paceman Mohammed Shami has suffered wrist fracture after he was hit on his hand by a bumper from Pat Cummins in the first Test against Australia at Adelaide Oval. It is reported that Shami is set to miss the remainder of the Test series, which will be a massive blow for the Indian team.

Shami had gone wicketless in the first innings of the opening Test but he didn’t have the rub of the green on his side as he had bowled well. Subsequently, the right-arm fast bowler couldn’t even bowl in the second innings.

The Indian captain Virat Kohli had confirmed that Shami was in a lot of pain and he was sent for scans after he was hit on the hand. The official statement is yet to be released by the BCCI on Shami’s injury but it looks unlikely that he will be ready to play the second Test match.

“Mohammed Shami has a fracture and the chances of him taking part in the remaining three Test matches is next to nil,” a BCCI source told PTI on the conditions of anonymity.

Kohli said in the post-match presentation, “No news on Shami, he’s going for a scan now. Was in a lot of pain, couldn’t even lift his arm. We’ll probably know in the evening what happens”.

If Shami is ruled out of the remainder of the Test series then it is going to be a massive blow for the visitors as he is the most experienced Indian fast bowler in the absence of Ishant Sharma. Shami had scalped 16 wickets in four Test matches on the previous tour of Australia and he had played an instrumental role in the success of the team.

In Shami’s absence, Mohammed Siraj, who has an impressive first-class record, can make his Test debut at the MCG in the Boxing Day Test match.

Meanwhile, Shami and Bumrah are India’s main pacers and the expectations on the latter will increase in the absence of the former.