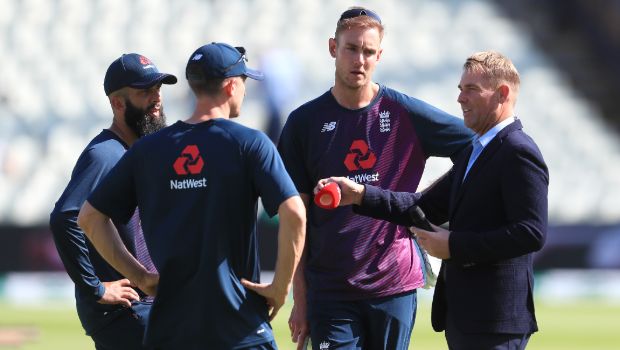 Pandya had been India’s best batsman in the white-ball series against Australia and looked in fine form throughout the series.

The right-hander top scored for the visitors in the three-match ODI series as he amassed 210 runs at an average of 105. The 27-year old batsman scored a match-winning knock of 92 runs in the third ODI.

Furthermore, Pandya scored a blistering inning of 42 runs off just 22 balls in the second T20I against Australia. Pandya was also awarded the Player of the series in the T20I series for scoring 78 runs.

Warne stated that Pandya brings a different energy to the Indian squad and he should be there in the Test team. The former magician leg-spinner added that Indians should start a petition to get Pandya in the Test squad.

One of the Twitter users shared a post which read, “Shane Warne for Fox Cricket, “Indians should start a petition to include Hardik Pandya in the Test squad.” Couldn’t agree more.

Warne then retweeted the same post with his thoughts. Warne wrote, “They should !!!!! @hardikpandya7 should be in India’s test team. He has the unique ability to energise his teammates and lift all the team around his vibe. Cricket needs characters and superstars like him ! Fact.”

Meanwhile, Hardik Pandya had recently stated that he is not yet ready for the hardship of Test cricket after his back surgery. In fact, Pandya is not back to his full fitness as a bowler and he didn’t bowl in the limited over series against India. Pandya only bowled four overs of cutters in the second ODI against Australia.

On the other hand, Virat Kohli recently revealed that Pandya will return to the Test side when he would be able to bowl. The first Test match between Australia and India will be played at Adelaide Oval from December 17 and it will be a day-night contest.