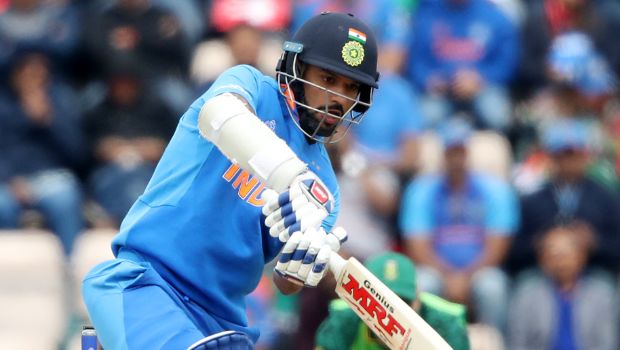 India’s opening batsman Shikhar Dhawan has leapfrogged Suresh Raina’s T20I runs tally during his 52-run knock against Australia in the second T20I at the Sydney Cricket Ground on Sunday.

Dhawan has now become India’s most successful left-handed batsman in the T20I format.

Raina, who recently retired from all forms of the game on August 15, had scored 1605 runs in the T20I version. On the other hand, Dhawan has now scored 1641 runs in the shortest format of the game for the national team.

Dhawan got back into form in the second T20I and gave a perfect start to his team. The left-hander added 56 runs inside the powerplay overs with KL Rahul to lay down the foundation in the run chase of 195. India needed a good start and Dhawan and Rahul were able to provide the same.

Meanwhile, Shikhar Dhawan had been in sublime form in the Indian Premier League 2020 while playing for Delhi Capitals. The southpaw scored 618 runs in 17 matches and finished as the second highest run-getter of the tournament. Thus, he played an instrumental role in taking Delhi Capitals to their maiden IPL final in the history of the tournament.

On the other hand, former Indian all-rounder Yuvraj Singh is the only other Indian left-hander who has scored more than 1000 runs in the T20I format. The former talisman batsman scored 1177 runs in 58 T20I matches.

Meanwhile, India were able to clinch the three-match T20I series against Australia, with a match still to go as they won the second game by six wickets. Hardik Pandya scored an unbeaten 42 off just 22 balls to help his team chase down 195 runs.

The final T20I will take place at the same venue of Sydney Cricket Ground on Tuesday.