Home » Cricket » Aus vs Ind 2020: Shubman Gill can play for India for next 10 years – Michael Hussey

Aus vs Ind 2020: Shubman Gill can play for India for next 10 years – Michael Hussey 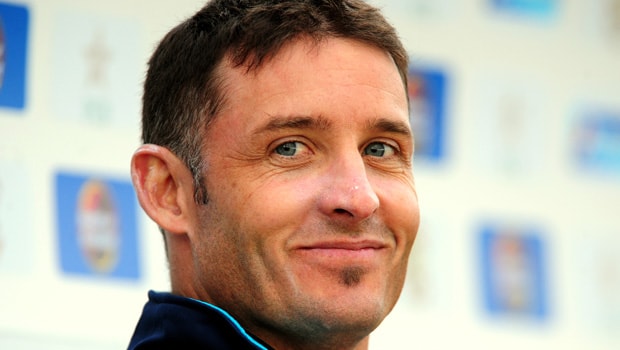 Former Australian batsman Michael Hussey believes India’s talented batsman Shubman Gill can play for the next 10 years. Gill had an impressive debut for the Indian team as he scored an attacking 45 runs in the first innings and thus gave a good start to the team.

Gill played some flamboyant shots in his innings and impressed with his skills. There is no doubt that Gill has shown the promise to go a long way in his career. Gill has an impressive first-class average of 68.78 and did a fine job while playing for Punjab.

Subsequently, India was in some trouble when they were 19-2 while chasing 70 runs in the second innings. Gill scored a fine knock of 35 runs and added 51 runs with Ajinkya Rahane to get his team over the line. The right-hander played attacking shots and played the world-class Australian fast bowlers with aplomb.

Gill has a good technique for a 21-year old and there is no doubt that he will get better with experience at the top level.

“Shubman Gill, what a classy player. Here’s a player who can play for the next 10 years for India. He looks classical and maybe he should have played the first Test in the first place,” Michael Hussey said on ESPNCricinfo.

Gill has been the cynosure of all eyes since he scored 372 runs in the Under-19 2018 World Cup in New Zealand. The stylish batsman has also done a fine job while playing for India A and deserved his chance to make his debut.

Gill will look to continue the good show in the last two Test matches and his Test career has started on the right note. India made a roaring comeback as they won the second Test match by eight wickets and Gill played his part as an opener.