Home » Cricket » Aus vs Ind 2020: Shubman Gill should be preferred ahead of KL Rahul for Virat Kohli’s replacement in 2nd Test – Aakash Chopra

Aus vs Ind 2020: Shubman Gill should be preferred ahead of KL Rahul for Virat Kohli’s replacement in 2nd Test – Aakash Chopra 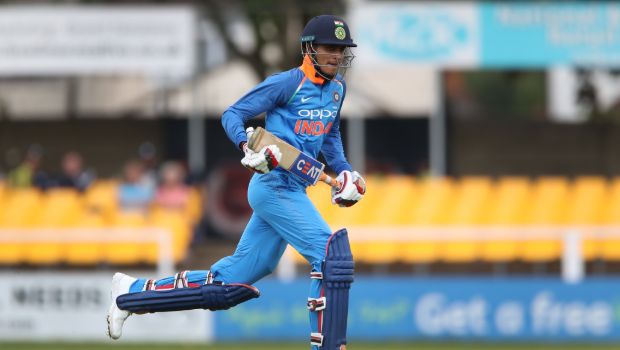 The Indian team will have big shoes to fill as their skipper Virat Kohli will return back to India to be with his wife for the birth of his first child.

There has been a lot of discussion regarding who should bat in the middle order in place of Virat Kohli in the second Test match. Former Indian opener Aakash Chopra believes Shubman Gill should get the nod ahead of KL Rahul to fill Kohli’s place.

Chopra feels Rahul will do a better job if he is selected as an opener if Prithvi Shaw fails to deliver the goods at the top of the order. India have many opening options and it would be interesting to note who will open with Mayank Agarwal in the first Test match in the absence of Rohit Sharma, who has been ruled out of the first two Test matches.

Shubman Gill, Prithvi Shaw, KL Rahul and Hanuma Vihari will all throw their hats in the ring for the opening slot. Both Gill and Shaw were dismissed without troubling the scorers in the first warm-up match against Australia A at Drummoyne Oval, Sydney. Vihari scored 15 runs whereas KL Rahul has been in sublime form in the white ball format.

Gill has done a fine job while playing for Punjab in first-class cricket and he has an average of 73.55, which is the most for any current player. Prithvi Shaw isn’t far behind as the prodigy batsman scores at an impressive average of 61.73.

Aakash Chopra said on his Facebook page, “If you are looking to bat someone in the middle order, I feel Shubman Gill should get the nod ahead of KL Rahul. If Prithvi Shaw fails or you want someone to open instead of Prithvi Shaw, if there is a spot as an opener, then KL Rahul.”

“But in the middle order batting, as they say to go by the rules, in terms of the pecking order Shubman Gill’s name after Virat Kohli is ahead of KL Rahul. So, in my opinion Shubman Gill will be my choice.”

There is no doubt that India will definitely miss the services of their full-time skipper Virat Kohli, who is also their best batsman. Kohli had scored 282 runs on the previous tour of Australia and his absence will be a massive hole. However, at the same time, it will be an opportunity for players like Shaw, Gill and Rahul to grab their opportunities.