Home » Cricket » Aus vs Ind 2020: Smith will be fine against Ashwin – Matthew Wade

Aus vs Ind 2020: Smith will be fine against Ashwin – Matthew Wade 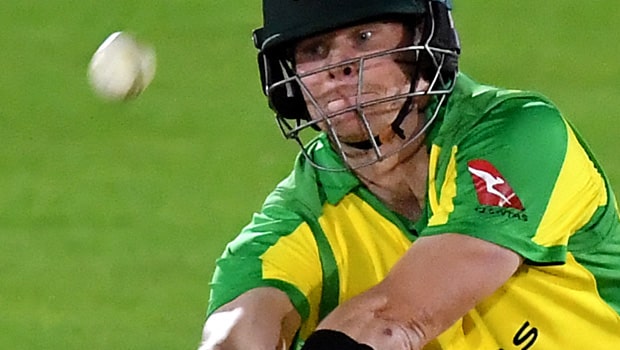 Australia’s batsman Matthew Wade is optimistic that Steve Smith will be able to tackle Ravichandran Ashwin in the last two Test matches of the ongoing Border-Gavaskar trophy. Smith has thus far struggled to get going in the first two Test matches as he has scored only 10 runs at an average of 3.33.

In the four innings of the Test series, Smith has been dismissed on three occasions out of which he has fallen prey to Ashwin on two occasions. The Indian bowlers have come up with a plan against Smith and they have been successful in keeping the linchpin quiet.

In fact, Smith has always been a consistent performer against the Indian team and he had an average of 84.05 while playing against India before this Test series. However, he hasn’t been able to find his form and Australia would need their best batsman to deliver the goods.

Smith was in sublime form in the ODI series as he had scored back to back 62-ball centuries in the first two ODIs. Thus, he was also awarded the Player of the series. But Smith hasn’t been able to continue the same in the Test series.

Wade said in the virtual press conference, “I think they (India) have bowled terrifically well, especially in Melbourne there was more spin and bounce, we did not expect it to come into play as it did, we did not adapt quick enough to that wicket, Steve has played against Ashwin plenty of times before this, Smith has been successful over here and I am sure he will be fine, no problems at all. Ashwin and Jadeja are a difficult spin duo, they are very consistent and we need to find a way, that’s the nature of the beast.”

Smith is the fulcrum of Australia’s batting and it is essential for the hosts that he finds his form. David Warner has also returned to the squad and it would be interesting to note if he will be able to achieve full fitness for the third Test match.

Wade also added that he expects the Gabba Test match to go as planned. It is reported by Cricbuzz that the Indian team is reluctant to travel to Brisbane if the quarantine protocols remain strict.