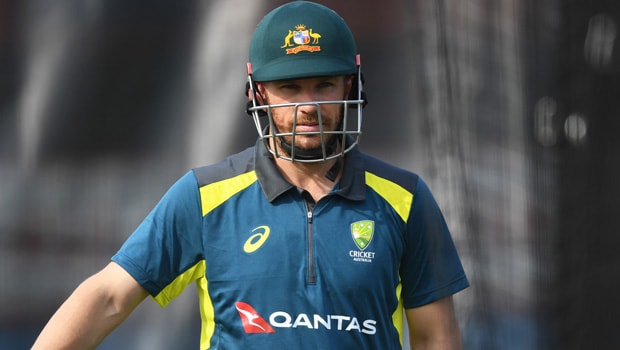 The Australian skipper Aaron Finch gave credit to the team spinners – Mitchell Swepson, Adam Zampa and Glenn Maxwell after his team’s 12-run consolation win over India in the third T20I at the Sydney Cricket Ground on Tuesday. Maxwell, Swepson and Zampa were brilliant as the trio combined to scalp five wickets and conceded only 64 runs in the 10 overs they bowled collectively.

Finch stated that the spinners showed great courage on a ground which had short boundaries after the team had posted a par total of 186 runs. Maxwell gave a perfect start to his team as he scalped the crucial wicket of KL Rahul on the second ball.

Swepson was the pick of the Australian bowlers as the leg-spinner dismissed Shikhar Dhawan, Sanju Samson and Shreyas Iyer in the middle overs to put his team right on top. Swepson returned with figures of 3-23 in his four overs and he was awarded the Player of the match.

Furthermore, Adam Zampa got the big wicket of Hardik Pandya, who was in sublime form. Thus, the Australian spinners were right on the money and played a key role in helping their team defend the total.

Aaron Finch added that he is proud of his boys as they have played some consistent cricket in the last 18 months.

Finch said in the post-match presentation, “It was a great series, and we just happened to be on the wrong end of the first two. It’s the first time we’ve had two leg-spinners in the side, and they were bold with the short boundaries here, so credit to both of them. Swepson bowled the 7th over against Shikhar and Virat, both destructive in their own ways, but Zamps bowled really well as well. We played some great white-ball cricket over the last 18 months and are really proud of the bunch”.

It was a fine performance for Australia after they lost three matches in a row. On the other hand, Matthew Wade and Glenn Maxwell also played a key role in taking Australia’s total to 186 runs after they scored 80 and 54 runs respectively.

Indian skipper Virat Kohli did threaten to take the game away from Australia with his fine knock of 85 runs but he couldn’t get the support from the other end.

The first Test match between both the sides will be played at Adelaide Oval from December 17.