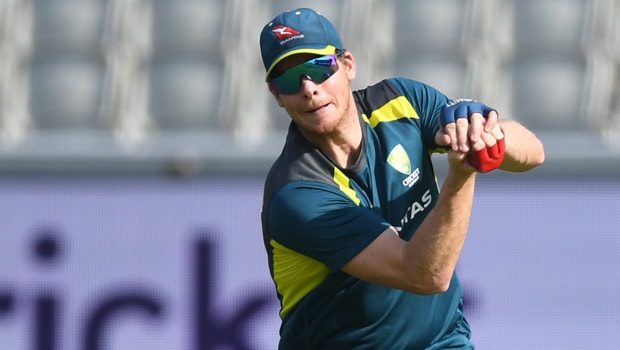 However, Gilchrist stated that he doesn’t see any reason why Smith can’t lead Australia again. The former wicket-keeper feels Smith should be immediately named as Australia’s vice-captain and he can take over the captaincy baton whenever Aaron Finch and Tim Paine finishes or leaves the captaincy.

Australia’s gun pacer Pat Cummins is currently the vice-captain of the Australian team. Meanwhile, Australia’s head coach Justin Langer had recently stated that there are processes to go through before Smith can be once again reinstated as the Australia’s captain.

There is no doubt that Smith is Australia’s best batsman and he had done a decent job in his leadership tenure. Smith had led Australia in 51 ODIs, 34 Test matches and eight T20Is.

“I see no reason why someone shouldn’t have a second chance and if part of that is the captaincy for Steve Smith, if he’s the right guy and the most obvious candidate, I can’t see a reason why he shouldn’t be allowed to do it,” Gilchrist told Fox Sports.

“If Cricket Australia and the selectors feel that way, and Steve Smith is keen to do it, I think they should make him vice-captain immediately. And whenever those opportunities come up when Painey finishes, when Finchy finishes he just assumes it like any normal, natural progression,” Gilchrist said.

Gilchrist added that Cricket Australia should provide clarity to Smith if he will be allowed to lead the national team in the future. The former left-hander stated that they should make him the vice-captain if they plan to hand over the captaincy mantle in the future.

In fact, Smith had stated he is happy with where he is right now when Matthew Wade had led Australia in Aaron Finch’s absence in the second T20I.

Meanwhile, it should be noted that both Aaron Finch and Tim Paine have done a fine job for Australia as leaders. The first Test match between Australia and India will take place at Adelaide Oval from December 17.