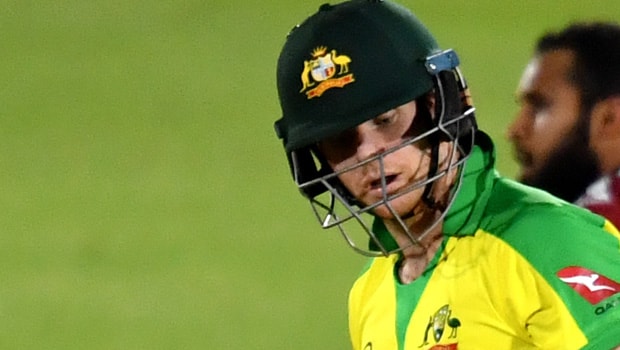 Former Australian skipper Allan Border believes the team’s talisman Steve Smith has lost his hands in the ongoing Test series against India. Smith’s scores in the two Test matches read as 1, 1*, 0 and 8 and thus he is averaging 3.33 in the Border-Gavaskar 2020:21 series.

Smith once again could not get going in the second innings as he was dismissed by India’s gun pacer Jasprit Bumrah. Smith was bowled round his legs as he was looking to work the ball on the leg-side. However, Smith could not make the connection and the ball just kissed the stumps to disturb the bails.

In fact, it is well known that Smith has a habit of making an initial trigger moment towards the off-stump but he can be vulnerable down the leg. Smith was dismissed by Ravichandran Ashwin in the first innings when he was caught by Hanuma Vihari at leg-slip.

Meanwhile, Smith looked in top-notch form in the ODI series against India as he scored two 62-ball centuries and thus he was awarded the Player of the series. Smith had claimed that he had found his hands before the ODI series as he wasn’t in the best of forms during the Indian Premier League while leading Rajasthan Royals.

Border feels India has exposed Smith’s kryptonite and they are continuously troubling him down the leg-side.

“Steve Smith has lost his hands. He found his hands in the one-dayers, where he looked fantastic. I think they’ve really found a worrying weakness. He walks across the stumps to get to that onside, with those two fielders they had today, it worries him that he is going to chip it to them if he’s not careful and the bowling is high quality,” noted Allan Border while talking to foxsports.com.au.

Smith hasn’t looked at his best in the ongoing Test series and he will look to bounce back in the last two Test matches. In fact, Smith had an average of 84 against India before the start of the series and he is a massive threat to the visitors however the Indian bowlers have been able to keep him quiet.

Australia are 133-6 and they lead only by two runs after the end of the third day’s play.