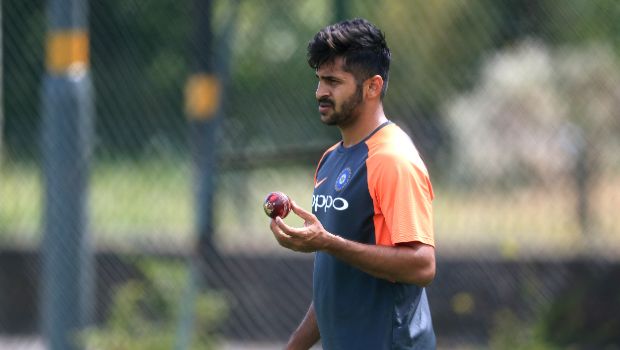 India’s fast bowler Shardul Thakur made a roaring comeback to the playing XI in the third ODI against Australia at Manuka Oval, Canberra on Wednesday.

Thakur was the pick of the Indian bowlers as he scalped three wickets for 51 runs in his quota of 10 overs. The right-arm also got the big fish, Steve Smith, which he feels was a huge wicket.

Thakur had bowled an innocuous delivery down the leg-side to Smith and the talisman got a faint edge to the wicket-keeper. Smith had been in sublime form throughout the series and had scored two centuries in the first two matches. Furthermore, the linchpin had brought up both of his hundreds off just 62 balls and had taken the game away from the visitors.

Consequently, it was imperative for the Indian team to dismiss Smith early if they had to defend their total of 302 runs. David Warner was already ruled out and India finally picked up a wicket in the powerplay overs when T Natarajan dismissed Marnus Labuschangne.

Meanwhile, not only Thakur got the crucial wicket of Steve Smith but he also dismissed Moises Henriques and Sean Abbott. It was pivotal for the tourists to keep striking at regular intervals and they were able to do that as Jasprit Bumrah and T Natarajan also bagged a brace.

“When Steve Smith was batting, we had planned to bowl at the stumps [to him]. He edged it down the leg side, so we were kind of lucky that way. But I appreciate that wicket. He’s a top player, and getting him early in the innings while defending 302, I think it’s a huge wicket,” Shardul said.

In fact, Glenn Maxwell was going all guns blazing in the run-chase and he was looking good to take Australia over the line. However, a timely yorker from Jasprit Bumrah sent Maxwell packing and it was the turning point of the game.

On the other hand, Hardik Pandya and Ravindra Jadeja had got the team out of the troubled waters as they added 150 runs in quick time. The tourists were struggling at 152-5 but Pandya’s 76-ball 92 and Jadeja’s 50-ball 66 took the team to a challenging total of 302 runs.

The first T20I between Australia and India will take place at Manuka Oval on 4th December.