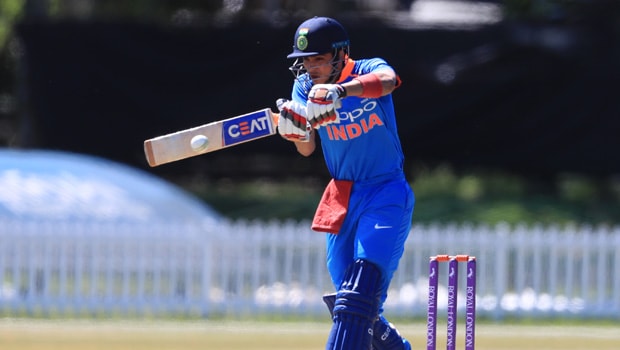 The Border-Gavaskar trophy between Australia and India is all set to begin in a couple of days and the legends on whom the trophy is named, Allan Border and Sunil Gavaskar, have picked Shubman Gill as India’s opener ahead of Prithvi Shaw. Mayank Agarwal is going to be India’s first choice opener but there are doubts over the team’s second opener.

Players like Shubman GIll, Prithvi Shaw and KL Rahul are expected to fight for the opening slot. Shaw had got off to start in the second warm-up match against Australia A whereas Gill also looked good when he played a fine knock of 65 runs while batting at number three in the same match at the SCG.

Shaw had opened the innings on the previous tour of New Zealand but had failed to score consistent runs. The right-hander had made a solitary half-century but the rest of the Indian batsmen had also struggled on that tour. However, Gill has batted at the top of his game in the first-class form.

The Punjab batsman has scored 2270 runs in 23 first-class matches at an impressive average of 68.78 and deserves his chance to make his Test debut. On the other hand, Shaw has been troubled by short deliveries and he can struggle with his footwork to combat the Australian bowlers. However, Shaw also has an impressive first-class average of 58.8.

“Sunny, I have been in Sydney for the last couple of days watching your boys run around against Australia ‘A’. I was impressed with Gill. I really think he’s got something about him and his technique,” said Allan Border while referring to Sunil Gavaskar in a joint press conference.

“I know he is young so he can play a few rash shots here and there but he looks a seriously good player. He will be my pick out of the guys I saw,” Border added.

On the other hand, Gavaskar stated that Shubman Gill’s technique is better than Prithvi Shaw. The Indian legend added that Shaw plays too many shots and he will prefer Gill opening the innings for India in the upcoming Test series.

“I think he’s got to spend a little more time assessing his batting because, as an opening batsman, you’ve got to give yourself time to see what the pitch is doing and what the bowlers are doing. Trying to bat the way he is at the moment, it is not going to make him a consistent player,” observed Gavaskar.

It would be interesting to note India’s opening alliance for the first Test match. Furthermore, Sunil Gavaskar picked Rishabh Pant to play ahead of Wriddhiman Saha. The first Test match will take place at Adelaide Oval from December 17.