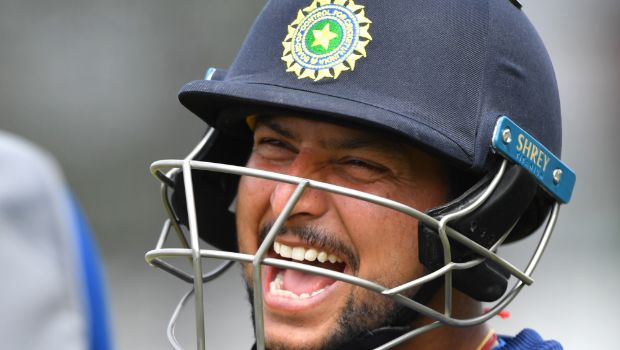 Kuldeep scalped the wicket of debutant Cameron Green and conceded 57 runs in his quota of 10 overs. The left-arm spinner played for the Indian team after a long time and Gavaskar noted that the spinner looked in good rhythm.

Yadav hasn’t been in the best of forms in the recent past and he has lost his place in the limited-overs format. The left-arm spinner had made a lethal combination with Yuzvendra Chahal and both of them had provided the crucial breakthroughs in the middle overs, which was key to India’s success.

However, Ravindra Jadeja has done a fine job in the last one year and he has sealed his place as an all-rounder in the limited-overs team. Gavaskar feels Yadav should be given a chance in the first T20I.

“Kuldeep showed good rhythm. He bowled after a long time. I think at least for the first T20 International, he can be tried out and see how it goes,” Gavaskar told India Today channel on Wednesday.

On the other hand, the Little Master believes Hardik Pandya will have a crucial role in the T20I series if he can roll his arm over for a couple of overs. Pandya played the first and third ODI as a specialist batsman whereas he bowled four overs of cutters in the second match.

However, Pandya was able to justify his role as a batsman as he scored 210 runs in the three matches of the ODI series. Pandya scored a blistering knock of 92 runs from 76 balls in the third ODI and took India’s total to 302 runs with Ravindra Jadeja, who also scored 66 runs from 50 balls.

“(If) Hardik will bowl a couple of overs in the T20 format and that will ease the load on other bowlers and also create more options for Kohli.”

Meanwhile, Gavaskar wants KL Rahul to open the innings with Shikhar Dhawan. Both of these batsmen had finished as the leading run-getters in the Indian Premier League. Rahul had scored 670 runs whereas Dhawan had amassed 618 runs in the league.

“For me, KL Rahul, who scored nearly 700 runs in IPL and Shikhar Dhawan, who has of late looked most comfortable in T20 format should open the innings followed by Virat Kohli,” he said.

The first T20I will take place at Manuka Oval, Canberra on 4th December.