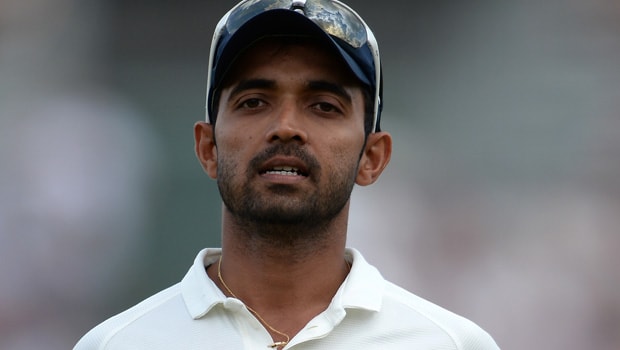 Former Indian skipper Sunil Gavaskar was all praise on India’s stand-in skipper Ajinkya Rahane for his brilliant century, which he scored on the second day of the Boxing Day Test match at the MCG. The Little Master believes it is a kind of pitch on which no batsman feels well-settled but Rahane was able to go all the way.

Rahane showed more patience in his approach as he normally does and played a classic knock to bring up his 12th Test century. Rahane’s 104 runs puts India in a commanding position as the visitors finished the day at 277-5 and thus lead by 82 runs.

Rahane promoted himself at number four position in the absence of full-time skipper Virat Kohli and delivered the goods. The flamboyant came at the crease when the tourists lost the wicket of Shubman Gill and they looked in some kind of trouble at 64-3.

The 32-year old played some delightful shots in his knock and kept growing in confidence after settling at the crease. In fact, there have been some doubts over Rahane’s place in the Test team as he hasn’t been able to deliver consistently but the right-hander showed his class on Sunday.

Rahane played all the Australian bowlers with aplomb and he also had the rub of the green on his side as he was dropped twice but he made the most of it. It was a much-needed hundred for Rahane and his team and it couldn’t have come at a better time.

“It was a typical Test match century and a typical captain’s innings, showing from the front how to play on a pitch which was never easy to bat on. This is a kind of a pitch where no batsman can say he is well set. There is something or the other happening, there is a bit of carry, the odd ball has kept low, there has been turn for Nathan Lyon. So, no batsman can tell to himself even if he is batting on 60-70 that he is well set and he can go on to get runs. Pujara fell after Ajinkya Rahane came to bat. Vihari and him were new,” Sunil Gavaskar told Sony Networks post Day 2 stumps.

This hundred will do a world of good to Rahane’s confidence and he will look to continue the good show. India is in a dominating position and they wouldn’t like to take their foot off the pedal.