Home » Cricket » Aus vs Ind 2020: Sunil Gavaskar picks Mayank Agarwal and Marnus Labuschagne as the players to watch out for

Aus vs Ind 2020: Sunil Gavaskar picks Mayank Agarwal and Marnus Labuschagne as the players to watch out for 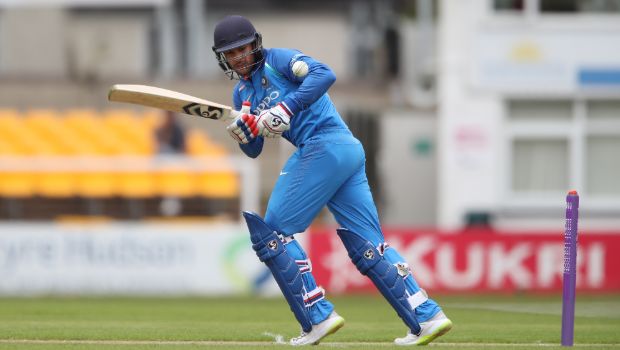 Former legendary Indian opener Sunil Gavaskar has picked Mayank Agarwal and Marnus Labuschagne as the two players to watch out for in the upcoming four-match Test series.

Both of these batsmen have impressed with their skills and they have shown the promise to go a long way in their career.

Mayank Agarwal made an impressive Test debut against Australia back in the 2018-19 series at the Melbourne Cricket Ground when he scored 76 and 42. India wasn’t getting off to great starts in that Test series and Agarwal was able to turn the tables. Subsequently, the right-hander continued to impress with his skills at the top of the order.

The right-hander has thus far scored 974 runs in 11 Test matches at an impressive average of 57.29. The Karnataka batsman has also three centuries and two out of them have been double centuries. Agarwal was also India’s highest run-getter in the red-ball version in 2019 as he had a fine season.

Agarwal had played the Australian bowlers with aplomb in the previous Test series and the Little Master expects a good series for him.

“The player to watch out for from India will be Mayank Agarwal. He came to Australia for the last couple of matches two years ago and he actually showed the way. Till then, India had not got any starts. But, he batted brilliantly,” Sunil Gavaskar said about the 29-year-old.

“He actually showed how to tackle Nathan Lyon. He was stepping down the pitch, lofting him straight. The freshness of youth, you could say. And since then, he has only become better,” added Gavaskar.

On the other hand, Marnus Labuschagne has also shown great resistance and he has scored consistently for Australia. The right-hander had scored 1104 runs in 2019 and had finished as the leading run-scorer in 2019. The 26-year old has scored 1459 runs in 14 Test matches at an impressive average of 63.4 and he has scored four centuries.

In fact, Indian legend Sachin Tendulkar had recently said that he sees a bit of himself in Marnus Labuschagne. The Master Blaster was mighty impressed with Labuschagne’s footwork.

Gavaskar added, “From Australia, I am looking at this new kid on the block, Marnus Labuschagne. When Sachin Tendulkar says that Labuschagne reminds him of himself, that is an ominous sign for the bowlers of the world, not just India. So, I am looking forward to watching him.”

Mayank Agarwal will look to provide a solid start to his team whereas Labuschagne will bat one down for Australia. Both of these talisman batsmen will hold the key for their teams in the Test series.