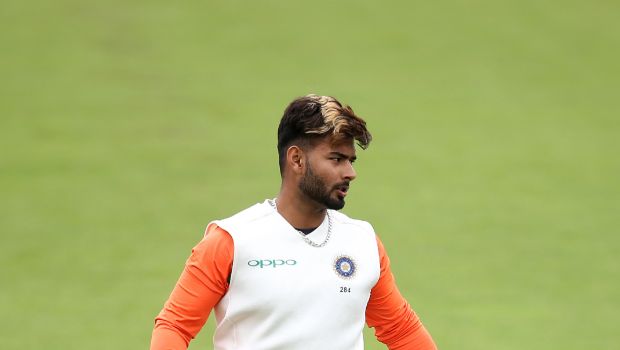 Ponting stated Pant is a terrific player and there is an X-Factor about him as he bats aggressively. Pant had also scored a blistering hundred in the second warm-up match against Australia A at the Sydney Cricket Ground.

The left-hander had also scored 350 runs on the previous tour of Australia in four Test matches at an impressive average of 58.33. Pant scored a fine knock of 159 in the Sydney Test match in 2018-19. Thus, it was surprising to note when Wriddhiman Saha was preferred as wicket-keeper for the opening Test match ahead of Rishabh Pant.

However, it should be noted that Saha is a better wicket-keeper than Pant and hence he was backed by the team management. Meanwhile, Ricky Ponting has observed Rishabh Pant from close corners as he is the coach of the Delhi Capitals in the Indian Premier League.

Pant is aggressive as a batsman and he could have added quick runs while batting with the tail. The left-hander was backed as the first choice keeper on the New Zealand tour. The Delhi batsman has scored 814 runs in 13 Test matches at an average of 38.76.

“I’m surprised [that Rishabh Pant wasn’t picked]. I think he’s a terrific young player, X-factor about him with the bat. Probably, not as good a keeper as [Wriddhiman] Saha and that’s probably the reason they’ve left him out,” Ponting said while commentating on Channel 7.

Meanwhile, Saha played a rash shot away from the body against Mitchell Starc and he was dismissed after scoring nine runs. Saha also let a tough chance go when he had an opportunity to dismiss Marnus Labuschagne when the batsman was yet to get off the mark.

On the other hand, India posted 244 runs in the first innings after Virat Kohli scored 74 runs whereas Mitchell Starc was the pick of the Australian bowlers as he scalped five wickets. Australia have lost three wickets for 50 runs and Indian bowlers have put their noses in front with aggressive bowling.