Aus vs Ind 2020: T Natarajan can be a great asset for India in T20 World Cup – Virat Kohli 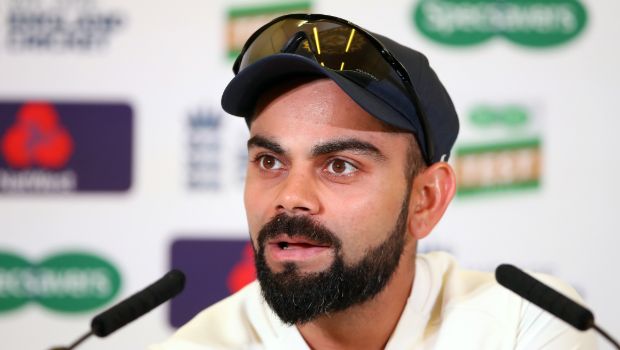 The Indian captain Virat Kohli was full of praise for rookie fast bowler T Natarajan. Kohli believes Natarajan can be a great asset for the team in the T20 World Cup next year.

Being a left-armer, Natarajan brings a different angle to the bowling crease and he could be the X-factor for his team.

The 29-year pacer from Salem was able to impress in his debut series and ticked the right boxes. It was great to notice that Natarajan showed the character despite being a newcomer to the International stage. Natarajan impressed one and all with his ability to hit the blockhole in the IPL and he scalped 16 wickets in 16 matches in the 13th edition of the tournament for SRH.

This performance helped him earn his place as a net bowler for the Australia tour. However, when Varun Chakravarthy was ruled out due to shoulder injury, T Natarajan received his maiden national call-up.

Natarajan impressed on his ODI debut as he returned with figures of 2-70 at Manuka Oval, Canberra. Furthermore, Natarajan’s best performance came in the second T20I against Australia as he conceded only 20 runs in his four overs and also took two wickets.

The left-armer finished the T20I series as a leading wicket-taker as he snared six wickets in three matches at an impressive average of 13.83 and an economy rate of 6.92.

Virat Kohli said in the post-match press conference, “Special mention for Natarajan, in the absence of Shami and Jasprit, he stood out and really delivered under pressure. It is outstanding because he is playing his first few games at the international level. He looks very composed, he is a humble and hard-working guy, he is sure of what he is doing.”

Kohli believes if Natarajan can keep up his good work then he is going to be an asset for them in the 2021 T20 World Cup in India.

“I hope he continues to keep working hard on his game and gets better because a left-arm bowler is an asset for any team. If he can keep bowling in this way consistently, it will be a great thing for us heading into the World Cup next year,” said Kohli.

Natarajan has shown the skills to go a long way in his career and he is on the right track. The left-armer will look to continue his good form and he has all the weapons in his armoury.