Home » Cricket » Aus vs Ind 2020: T Natarajan can do well under Kohli like Zaheer did under Ganguly – Karsan Ghavri

Aus vs Ind 2020: T Natarajan can do well under Kohli like Zaheer did under Ganguly – Karsan Ghavri 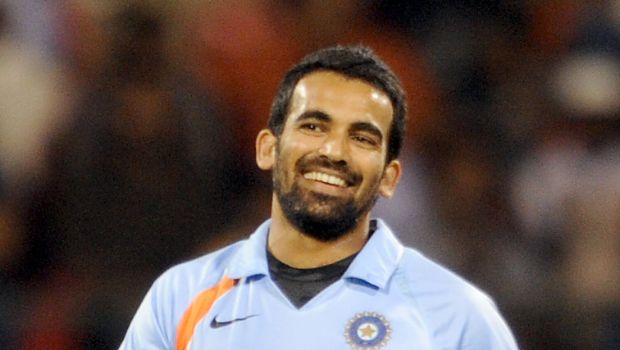 Former Indian fast bowler Karsan Ghavri reckons that T Natarajan can do well under the leadership of Virat Kohli like former pacer Zaheer Khan did under Sourav Ganguly.

The left-arm seamers always bring a different angle to the crease and they are mostly regarded as the X-factors.

Zaheer Khan had a fine career for the Indian team and delivered the goods for Sourav Ganguly’s team. Similarly, T Natarajan has shown the skills to go a long way in his career.

Natarajan was selected in India’s limited overs team on the back of impressive performances in the IPL 2020. The Sunrisers Hyderabad fast bowler had scalped 16 wickets in 16 matches and impressed with his ability to hit the yorkers consistently in the death overs.

Meanwhile, Natarajan made his ODI debut for India in the third ODI at Manuka Oval, Canberra against Australia on Wednesday. The left-arm seamer provided the crucial wicket of Marnus Labuschagne in the powerplay overs and then accounted for Ashton Agar.

Natarajan made a good comeback after he was hit for 18 runs in 44th over of the innings by Glenn Maxwell. Thus, he had a decent debut as he returned with figures of 2-70 in his first International game. Furthermore, Natarajan is all set to make his T20I debut against Australia.

“The way Zaheer did under Ganguly’s captaincy, Natarajan can do well under Kohli’s captaincy. Kohli is a good leader and I am sure he will motivate this guy [T Natarajan] and make him learn. As he progresses in his career and if he plays with consistent performance, he is going to serve the Indian team for a long time. He is a sparkling prospect for India,” Karsan Ghavri said.

“He is a bright prospect for the Indian team. He has the ability to generate a good amount of pace. He has got variations. The best part is that he has the ability to bowl yorkers, especially in the death overs. He has all the qualities a left-arm pacer needs,” Ghavri told TOI.

Natarajan has the variations under his belt and he would look to continue his good form. There is no doubt that Natarajan will get better with more experience and he is going to learn a lot while bowling alongside Mohammed Shami and Jasprit Bumrah, who are India’s best fast bowlers.

Australia have won the toss in the third T20I at Manuka Oval, Canberra and they have elected to bowl first.