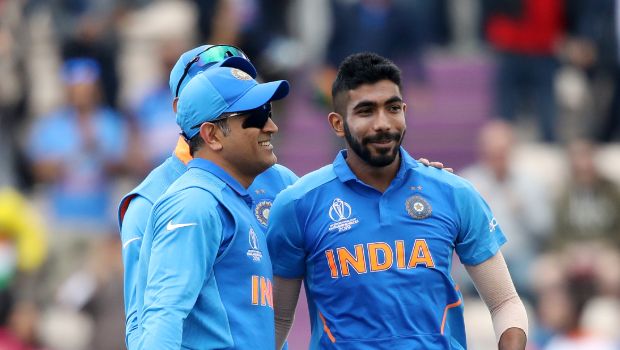 It is reported that the Indian team is likely to rotate Jasprit Bumrah and Mohammed Shami in the limited overs series against Australia.

The move could be taken to keep both of these pacers fresh for the all-important Border-Gavaskar four-match Test series.

Ishant Sharma is still recovering from his injury at the National Cricket Academy in Bengaluru and there are question marks on his participation in the Test series. Thus, it is crucial that Bumrah and Shami stay fresh for the Test series.

In fact, the second and third T20I will clash with the first three-day practice match. Both Bumrah and Shami will hold the key for the Indian team in the Test series and it will be imperative to keep their batteries charged.

“If both (Bumrah and Shami) play the T20 Internationals (on Dec 4, 6 and 8), then they will have one warm-up match which I don’t think the team management will fancy at this moment,” the source said as quoted by PTI.

Meanwhile, both Bumrah and Shami had a fantastic previous tour of Australia. Both the pacers had collectively scalped 37 wickets in the four matches and they had breathed down the neck of the opposition batsman.

Bumrah was the pick of the Indian bowlers as he had finished as the joint highest wicket taker of the series with 21 wickets. Shami was also right on the money as he had snared 16 wickets in the series.

On the other hand, India will have to be at the top of their game as their full-time skipper Virat Kohli will miss the last three Test matches of the series to be with his wife for the birth of his first child. Ergo, Ajinkya Rahane will lead the team and the visitors will have their work cut out in the absence of Virat Kohli.

India had won the previous series by 2-1 and they will look to replicate the same success. The first Test match will take place at Adelaide Oval from December 17.