Home » Cricket » Aus vs Ind 2020: The middle over phase during our batting cost us the game – Virat Kohli

Aus vs Ind 2020: The middle over phase during our batting cost us the game – Virat Kohli 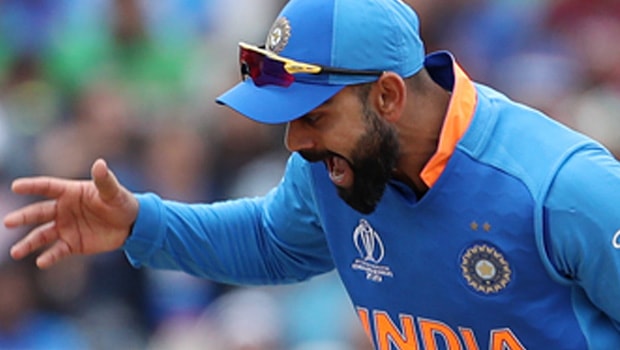 The Indian captain Virat Kohli believes the middle over phase during their batting  innings cost them the final T20I against Australia at the Sydney Cricket Ground on Tuesday. India got off to a perfect start while chasing 187 runs as they smashed 55 runs in the first six overs for the loss of a solitary wicket.

But they lost three more wickets and could add only 56 runs between overs 7-15, which went on to put them on the backfoot. Virat Kohli was looking in ominous form but the other batsmen couldn’t give him support. Furthermore, India were horrible in the field and let Australia post 186 runs as they shelled their chances.

The visitors lost the wicket of Shikhar Dhawan, Sanju Samson and Shreyas Iyer between overs 7-15 and it was the phase when Australia dominated. The hosts’ leg-spinner Mitchell Swepson took all of these three wickets and he was awarded the Player of the match for returning with figures of 3-23 in his four overs.

Kohli believes they had a chance when he and Pandya were going strong but they had too much to do as the middle order failed to deliver the goods. The Indian skipper added that the team was able to perform to their best after positive energy from the crowd.

Kohli said in the post-match presentation, “At one stage when Hardik started going we thought we could pull it off. The middle over phase during our batting cost us the game. A partnership of 30-odd would’ve made it easier for Hardik. We are finding ways to come back and give the opposition a scare and the series win is a little asterisk for us to finish the 2020 season on a high. I feel the crowd was a factor as well, it’s always giving you a dimension of motivation. Our crowd pulls us through sometimes, and Australia’s too, and we as players feed off the crowd’s energy”.

On the other hand, Kohli is optimistic that they will be able to play aggressively in the Test matches. Kohli added that the team will need to be consistent and they will have to capitalize session by session.

Meanwhile, India made a fine comeback into the white-ball format after losing the first two ODI matches. The visitors were able to win three matches in a row and clinched the T20I series by 2-1.

The first Test will take place at Adelaide Oval from December 17.