Home » Cricket » Aus vs Ind 2020: There will be no captaincy pressure on Ajinkya Rahane – Sunil Gavaskar

Aus vs Ind 2020: There will be no captaincy pressure on Ajinkya Rahane – Sunil Gavaskar 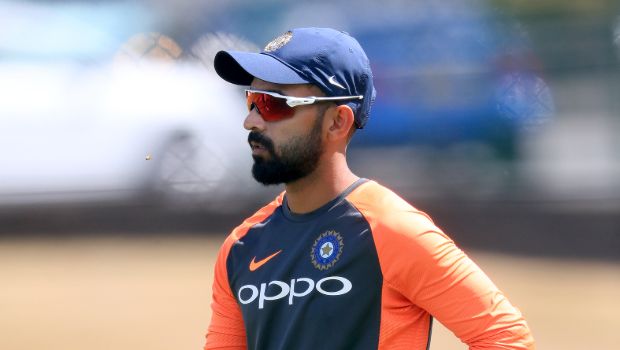 Former legendary Indian batsman Sunil Gavaskar believes there will be no captaincy pressure on Ajinkya Rahane in the last three Test matches against Australia.

Rahane will lead the team in the absence of full-time skipper Virat Kohli, who will head back to India after the first Test match to be with his wife for the birth of his first child.

Meanwhile, Rahane has led India in two Test matches and the team has won both of them. Rahane led in the all-important Border-Gavaskar decider in 2017 at Dharamshala when Kohli was ruled out due to shoulder injury. Rahane took the team to victory and led with aplomb against a potent Australian team.

Subsequently, Rahane led India in the historic Test match against Afghanistan, which the team once again won convincingly. The Mumbai batsman is known for his sedate approach and his leadership style is completely different to Virat Kohli, who likes to take the bull by its horns.

Rahane has been the team’s vice-captain for a long time now and he has all the experience under his belt. Furthermore, Gavaskar added that Rahane knows he is the only one who can lead the team in Kohli’s absence in all the three Test matches.

“There is no real pressure on Ajinkya Rahane, because both the times that he has led the team, he has won. He led against Australia at Dharamshala and India won. He led against Afghanistan and India won. So, as far as his captaincy is concerned, there is going to be no pressure because he knows he is at the moment, only the stand-in captain for the 3 Test matches,” Sunil Gavaskar told Star Sports Game Plan.

Ajinkya Rahane will aim to back his own methods in the last three Test matches. Rahane is known to wear a cool mind on his shoulder and he will look to get the best out of his players. Moreover, the right-hander had scored a majestic hundred in the first warm-up match against Australia A at Drummoyne Oval, Sydney and it will give him a shot in the arm when he will lead the team in the Test series.