Home » Cricket » Aus vs Ind 2020: They have a lot of dangerous players – Tim Paine wary of India’s threat

Aus vs Ind 2020: They have a lot of dangerous players – Tim Paine wary of India’s threat 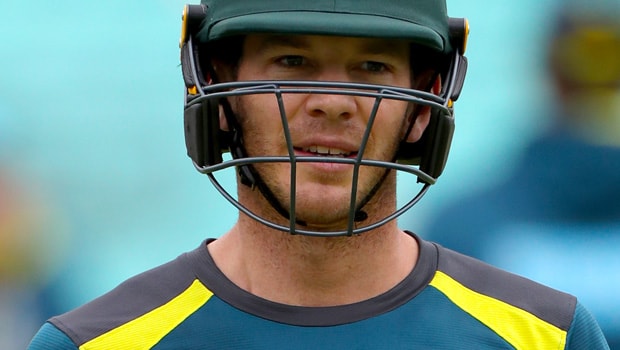 Australia’s captain Tim Paine doesn’t want his team to be complacent after taking a 1-0 lead in the first Test match at Adelaide. Paine is well aware of India’s strengths and stated that the visitors have a lot of dangerous players, who can take the game away from them. Thus, the Australian skipper doesn’t want his players to take their foot off the pedal.

India will be without the services of their captain Virat Kohli, who has returned back to the country to be with his wife for the birth of his first child. Furthermore, the tourists suffered a huge blow as their gun pacer Mohammed Shami was ruled out of the remaining three Test matches due to a fractured arm.

However, players like KL Rahul, Shubman Gill and Rishabh Pant are expected to come into the playing XI for the second Test match. Rahul and Pant are known for their aggressive batting and they can take the game away from the opposition if they get settled.

Paine is wary of the challenge that these players will bring to the table for them and wants his team to be at the top of their game.

”We can’t pay any attention to mental scars, whatever that people are talking about. We know India is a proud cricket country. They are an extremely talented Test match side with lots of dangerous players, The moment we take our foot off the pedal and think we are going all right, we saw in England in that fifth Test, that we can come unstuck pretty quickly. So, a huge focus of ours since that fifth Test in the Ashes has been winning after winning and our attitude towards the next game.”

“The last week we have been fantastic in the way we have prepared for this game. We know that some of the players they are talking about coming into their side like KL Rahul or a Rishabh Pant are dangerous players who like to take the game on and will play positively. If we give guys like that an inch, they will take a mile.” Tim Paine added further.

Paine doesn’t want to take anything for granted and he is looking at the bigger picture of reclaiming the Border-Gavaskar trophy. The wicket-keeper batsman has done a fine job for Australia since he has taken over the captaincy baton and he will look to come out with flying colours against India.

Furthermore, Paine played a crucial knock of 73 runs in the first innings and helped Australia in getting to 191 runs to narrow down the deficit. Consequently, Paine was awarded the Player of the match.