Home » Cricket » Aus vs Ind 2020: This is the best the Australian bowlers have ever bowled – Brad Hogg

Aus vs Ind 2020: This is the best the Australian bowlers have ever bowled – Brad Hogg 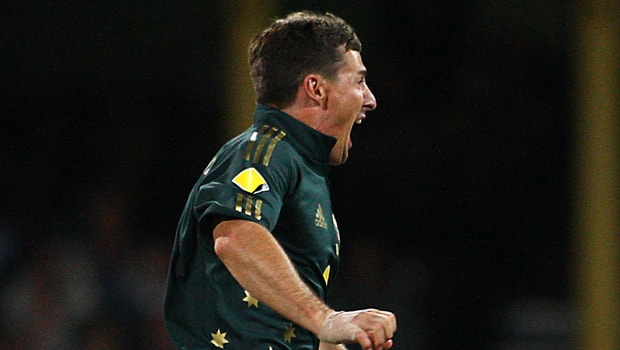 Former Australian spinner Brad Hogg opined that the Australian fast bowlers bowled their best at the Adelaide Oval in the first Test match against India. The visitors had their noses in front as they had a lead of 62 runs after the second day’s play which they completely dominated.

However, Pat Cummins and Josh Hazlewood turned the tables in Australia’s favour with their brilliant spell. Cummins scalped four wickets whereas Hazlewood took a five-wicket haul to skittle India at only 36 runs, which is the lowest ever score in Test matches.

Hazlewood and Cummins pitched 87% of their balls in good and full length area and reaped rewards for their brilliant work. Both the fast bowlers bowled with great accuracy and the Indian batsmen didn’t have any answers. In fact, all the edges carried to the slip cordon and the fielders and none were dropped by Australia.

Hazlewood and Cummins were right on the money in the opening session of the third day’s play and they breathed down the neck of the Indian batsmen. Both the bowlers consistently bowled in the corridor of uncertainty and they were relentless in their approach.

On the other hand, Hogg believes Indian batsmen could have made better use of their feets and there was a lack of footwork from the visitors’ batsmen.

There was no escape for the Indian batters as none of them could even get to double figures. Cummins returned with 4-21 whereas Hazlewood returned with figures of 5-8.

In fact, India were ahead in the game after the second day’s play but the Australian bowlers turned the tide in their team’s favour. It was an outstanding performance and Cummins and Hazlewood were too good for the tourists.