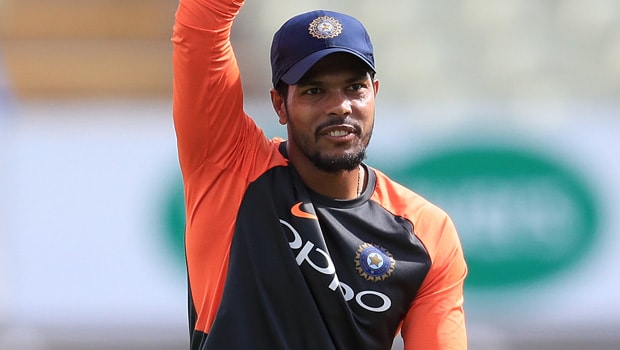 According to reports in ANI, India’s experienced fast bowler Umesh Yadav is set to miss the third Test match against Australia in the ongoing four-match Border-Gavaskar trophy. Yadav could only bowl 3.3 overs in the second innings of the second Test match and he had to leave the field due to calf injury.

The fast bowler couldn’t take any further part in the match and India was left being one bowler short. The pacer from Vidarbha had scalped the wicket of out-of-form Joe Burns in the second dig. However, India’s ploy of playing with five bowlers came to their rescue in the second innings.

On the other hand, Yadav had taken three wickets in the first Test match at Adelaide and he is one of India’s senior pacers in the absence of Ishant Sharma and Mohammed Shami.

The sources have also revealed that T Natarajan could be the likely replacement for Umesh Yadav. Natarajan is with the squad and he had impressed with his skills in the white-ball series. The left-arm pacer had scalped two wickets on his ODI debut and then finished the T20I series as the leading wicket-taker as he scalped six wickets.

“Umesh scans have come in, and he will miss the third Test as well. He will now look at making a return for the last game of the series as we have more than two weeks to go before we play the final game from January 15.”

“With limited options available, the team management can ask for T. Natarajan to be added to the squad.”

Earlier, Mohammed Shami was ruled out of the Test series due to a fractured arm and it was a major blow to the visitors. Ergo, Yadav’s injury adds to India’s injury woes.

Mohammed Siraj made his debut in place of Mohammed Shami in the second Test match and impressed in his maiden match as he scalped five wickets for 77 runs.

Meanwhile, if Umesh Yadav is ruled out of the third Test match, then Navdeep Saini is expected to make his Test debut. Saini has impressed with his speed and he has scalped 128 wickets in 46 first-class matches.