Aus vs Ind 2020: Umesh Yadav should play in the first Test – Virender Sehwag 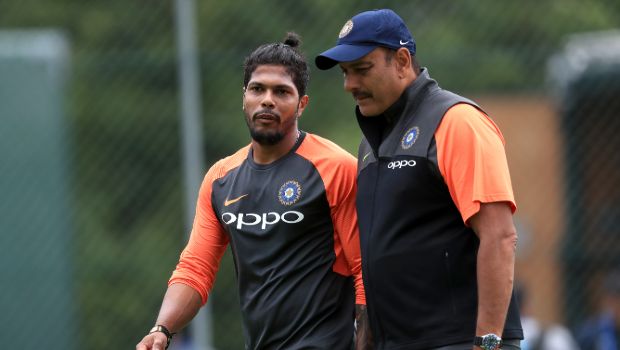 Yadav will be India’s third pacer as Mohammed Shami and Jasprit Bumrah will be the pack leaders of the bowling attack.

In fact, Ian Chappell also revealed that India’s head coach Ravi Shastri told him that Umesh Yadav will be the team’s third pacer of the team in the first Test match. Meanwhile, Umesh Yadav was the pick of the Indian bowlers in the first warm-up match against Australia A at Drummoyne Oval, Sydney. Yadav had scalped four wickets in the first match and he was right on the money.

On the other hand, Umesh has got the experience under his belt and he can hold the key for India in the absence of veteran pacer Ishant Sharma, who has been ruled out of the Test series due to muscle injury. Yadav also has the pace under his repertoire and he can trouble the opposition with the extra yard of pace.

Sehwag added that Umesh should have been considered for the limited overs format as he can be unplayable at times. However, there is no doubt that the 33-year old should be more consistent.

Sehwag said, “Absolutely. He is fit, he bowls fast, can bowl the long spells. So I feel that he should be played.”

“But I have been his fan as well, that he should be played in white-ball cricket also. No doubt he has the wicket-taking ability although he might bowl one or two bad balls in an over. But the ball he delivers at the right spot, at times it is unplayable.”

Meanwhile, Sehwag had advised Yadav back in 2008 that he should be consistent with his length in the Australian conditions and then he will get his success. Yadav has done a fine job while bowling in the Indian conditions but his record in the overseas conditions is not up to the mark.

The strongly built fast bowler had scalped 17 wickets against Australia in the 2017-18 Border-Gavaskar trophy at an average of less than 24. However, he could scalp only two wickets in the Perth Test match in 2018-19 as he was wayward in his line and length.