Aus vs Ind 2020: Virat Kohli 23 runs away from breaking another Sachin Tendulkar’s record 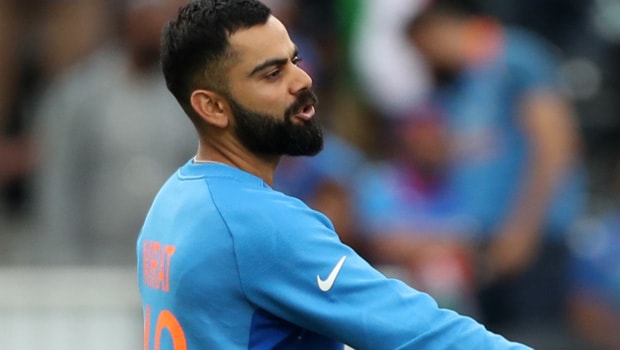 Dhoni had scored 499 fours in the 172 matches he led the Indian whereas Kohli has thus far struck 505 boundaries in 87 matches as an Indian skipper. Kohli had achieved both of these milestones during his 87-ball 89 in the second ODI against Australia at the Sydney Cricket Ground on Sunday.

Come the third ODI against Australia, Kohli will be looking to get another record under his belt. The talisman has amassed 11977 runs in his One-Day career and thus he is only 23 runs away from reaching 12000 ODI runs.

Kohli will be the fastest to get to the landmark as he will take 242 innings if he manages to score 23 more runs in the third ODI. On the other hand, Sachin Tendulkar had taken 300 ODI innings to score 12000 runs.

Meanwhile, India have lost the first two matches against Australia and they will want a big score from their skipper in the last ODI. Kohli was looking at his ominous best in the second ODI and he will look to deliver the goods.

Kohli will head back home to be with his wife for the birth of his first child after the first Test match against Australia. The third ODI will take place at Manuka Oval, Canberra on December 2.