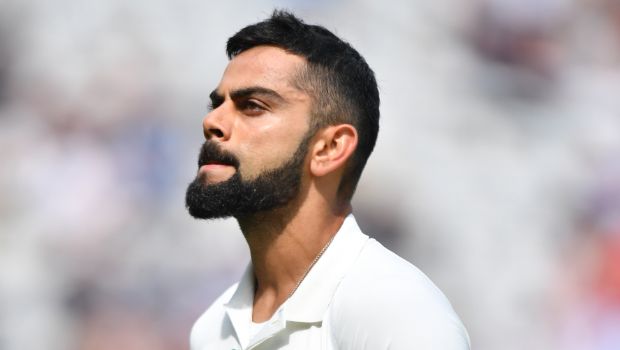 The Indian skipper Virat Kohli has become the fastest batsman to score 12000 ODI runs, getting there in only 242 innings.

Kohli needed only 23 runs before the third ODI to get to the milestone. The talisman brought up his 60th ODI fifty and scored 63 runs before he was dismissed by Josh Hazlewood when he got a faint edge to the wicket-keeper.

Earlier, Kohli had also become the fastest batsman to score 22000 International runs as he had got to the milestone in 462 innings and he had broken Sachin Tendulkar’s record, who had taken 493 innings to get to the landmark.

Furthermore, Kohli had also leapfrogged MS Dhoni’s record as he has now scored 510 fours as Indian captain in 88 matches. Dhoni had struck 499 fours in 172 matches as Indian skipper. However, it hasn’t been the best of 2020 for Virat Kohli as it is the second time in his career that he hasn’t scored a ODI century in a year since his debut in 2008.

Meanwhile, Australia had won the first two ODIs against India convincingly by 66 and 51 runs. The hosts have completely dominated both the matches. In fact, Australia have got themselves into a commanding position in the third ODI as India are 184-5 after 39 overs.

India have lost wickets at regular intervals and the visitors have failed to get any sort of momentum in their batting innings.

The first T20I between Australia and India will take place at Manuka Oval, Canberra on December 4.