Home » Cricket » Aus vs Ind 2020: Virat Kohli breaks record for most runs against Australia by an Indian captain

Aus vs Ind 2020: Virat Kohli breaks record for most runs against Australia by an Indian captain 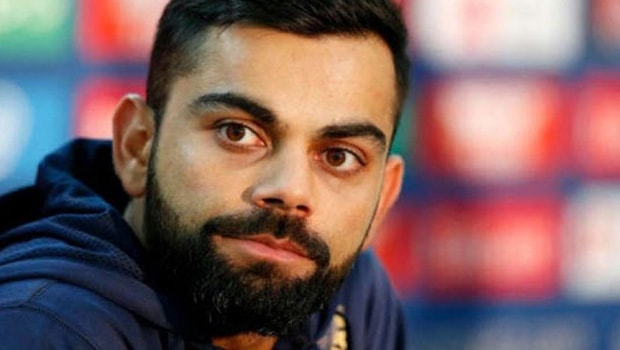 The Indian captain Virat Kohli continued his love affair with Adelaide Oval as he scored another fine knock against Australia. Kohli scored 74 runs and looked in complete control throughout his knock before he was run-out. Kohli now has scored 851 runs against Australia as an Indian skipper.

Ergo, he has broken the record of former Indian skipper Mansoor Ali Khan Pataudi, who had amassed 829 runs against Australia. This record stood tall for almost 51 long years.

Meanwhile, Kohli has been a consistent performer while playing against Australia. Kohli has scored four centuries and two fifties versus Australia as an Indian skipper. In 20 Test matches against Australia, Kohli has accumulated 1678 runs at an average of 49.05, with the highest score of 169.

Kohli looked in top class form on the opening day of the first Test match at Adelaide Oval. The talisman took some time before hitting the ground running but played some glorious shots throughout his innings once he got settled. In fact, Kohli was looking invincible and looked all set to score his fourth hundred at the venue but he was sold down the river by his deputy Ajinkya Rahane.

Rahane called for a quick single but then turned it down when Kohli had almost come half-way down the pitch. Kohli was dismissed after scoring 74 and it shifted the impetus in Australia’s favour. The hosts were also able to get the big wicket of Hanuma Vihari and Ajinkya Rahane before the day’s play to take the final session.

Meanwhile, Kohli had won the toss and decided to bat first earlier in the day. Shaw was dismissed on the second ball of the day by Mitchell Starc. Cheteshwar Pujara (43) and Ajinkya Rahane (42)  got off to starts but couldn’t get a big score under their belt. Starc scalped two wickets for Australia as India ended the opening day at 233-6.