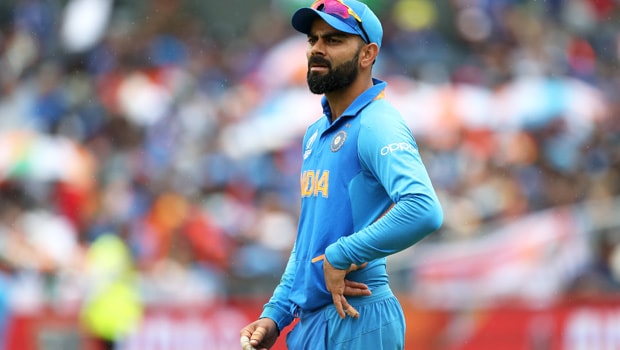 The Indian captain Virat Kohli has added another feather to his illustrious cap. Kohli on Sunday became the fastest batsman to score 22000 International runs and broke former legend Sachin Tendulkar’s record. Sachin had got to the milestone in 493 innings whereas Virat Kohli managed to reach the landmark in 462 International innings.

Meanwhile, Virat Kohli is the third Indian batsman to make it to the 22000 International runs club after Sachin Tendulkar and former Indian captain Rahul Dravid. Overall, Kohli is the eight International batsmen to get to the milestone.

Kohli achieved the landmark during his 89 runs knock against Australia in the second ODI at the Sydney Cricket Ground. Kohli got to the record when he took his 78th run.

Meanwhile, Kohli’s overall average is 56.15 and it is the best among the batsmen who have scored more than 22000 runs in International cricket. Kohli is the most consistent batsman in the world and his record speaks for himself.

Furthermore, Kohli has 70 centuries under his belt and he is one short of former Australian skipper Ricky Ponting, who is at the second place in the list of most century makers, topped by Sachin Tendulkar with 100 centuries.

The talisman has an unbelievable average of 59.29 in the 50-overs format and it goes to show his consistency as a batsman.

The third ODI between Australia and India will take place at Manuka Oval on December 2.