Aus vs Ind 2020: Virat Kohli doesn’t seem to have any weakness – Jason Gillespie 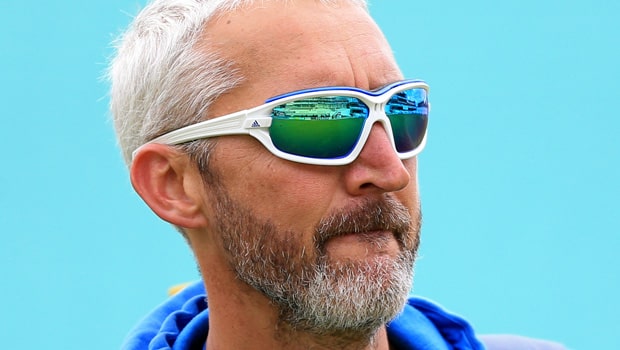 Former Australian fast bowler Jason Gillespie believes the hosts will need to be ruthless against Indian skipper Virat Kohli as he doesn’t seem to have any kind of weakness. Kohli is going to be a massive wicket for the Australian team and the talisman can be the difference between winning and losing.

Kohli has a great record against Australia as he has amassed 1910 runs in 40 ODI matches with the help of eight centuries. Thus, Kohli has been instrumental in the success of his team while playing against the Australians.

Meanwhile, there is no doubt that Kohli doesn’t have many chinks in armour and he is a force to reckon with. Kohli is the most consistent batsman in the world and his records speaks for himself. The Indian captain will look to be at his best against the potent Australian team and he is going to hold the key.

Kohli is going to be the fulcrum of the Indian batting order and he will be the crucial batsman especially in the absence of Rohit Sharma. Kohli will look to set the tone for the whole tour as India will look to hit the ground running.

“The Australians do want to take Virat’s wicket cheaply,” Gillespie, a former Australia fast bowler, told The Telegraph. “He doesn’t seem to be having any weaknesses in particular. So, the Aussie bowlers not only need to be really ruthless when it comes to their line and length, but they will also have to stay nice and patient, that is going to be really important. They would be hoping they can bowl those good deliveries at Virat.”

“We know what a wonderful player Virat is. Australians do want to watch him bat but not for too long. Because if he does bat for a long time, India will surely go on to get a huge score,” Gillespie said.

On the other hand, Australia’s gun fast bowler Pat Cummins had also recently said that Virat Kohli will be a big wicket for them and they are going to try and keep him quiet.

Meanwhile, Kohli will head back to India after the first Test match to be with his wife for the birth of his first child and it will be crucial for the tourists that Kohli helps his team achieve the momentum in the limited overs series.

The first ODI will take place at Sydney Cricket Ground on November 27 whereas the first Test match will begin at Adelaide Oval from December 17.