Aus vs Ind 2020: Virat Kohli is probably the best ODI player of all time – Aaron Finch 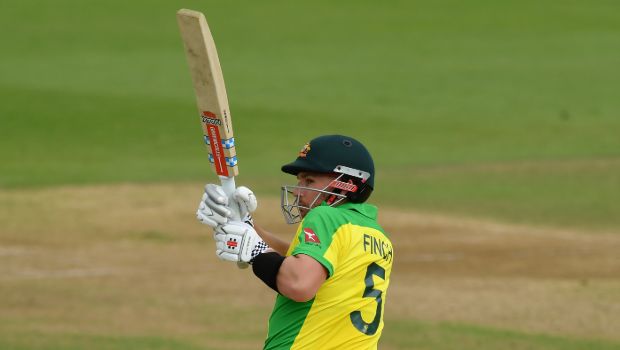 Finch has stated that Kohli is probably the best ODI player of all time and Australia will need to get his wicket cheaply in the upcoming series.

Finch believes it is hard to keep Kohli at bay and thus it is imperative to be aggressive against him and dismiss him.

There is hardly any chink in Kohli’s armour and it is not easy for the opposition to contain him. Kohli is known to deliver the goods and he has done a fine job for the Indian team. The talisman also has an impressive record while playing against Australia as he has scored 1910 runs in 40 ODI matches with the help of eight centuries.

Thus, Kohli will look to continue his domination against Australia. With no Rohit Sharma in the ODI squad due to his hamstring injury, the onus will be on Kohli to bat long for the visitors. Furthermore, the linchpin will look to set the tone for the Test series and give winning confidence to his team.

“When you go away from that and you look to contain players you can miss a trick there. There’s not too many chinks in his armour. He’s probably the best one-day player of all time so it’s about sticking to our plans and being really committed in that regard.”

Meanwhile, Kohli is known to bring his best against Australia and he will look to replicate the same performances. On the other hand, Finch believes all-rounders like Marcus Stoinis and Glenn Maxwell will give them an advantage from a bowling point of view.

It is going to be an exciting series and both the teams will look to draw first blood in the series. The first ODI will take place at the Sydney Cricket Ground on 27 November.