Home » Cricket » Aus vs Ind 2020: Virat Kohli is worth two players, his absence will make an impact – Glenn McGrath

Aus vs Ind 2020: Virat Kohli is worth two players, his absence will make an impact – Glenn McGrath 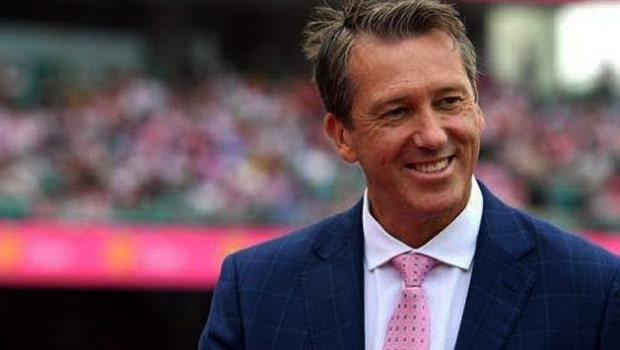 Former Australian fast bowler Glenn McGrath believes Virat Kohli is worth two players – as a captain as well as a batsman and his absence will make a huge impact in the upcoming four-match Test series. Kohli will only play the first Test and he will head back to India to be with his wife for the birth of his first child.

India will have huge shoes to fill in as Virat Kohli is a massive player. Kohli’s aggressive captaincy will also be missed in the last three Test matches. Thus, India will have their work cut out in the absence of their skipper, who is also their best batsman.

Ajinkya Rahane will lead the team in the absence of Virat Kohli. Rahane had led India against Australia back in 2017 in the Test series decider at Dharamshala and had led the team to victory.

Kohli’s absence will make it tougher for the visitors to retain the Border-Gavaskar trophy, as they had won the previous series by 2-1 in Australia. Kohli is known to lead with aplomb and he takes the challenge against the opposition.

“It will impact the series,” McGrath said in a media interaction. “The player of his quality and class, for India to lose him in three out of four Tests is a big blow. It will be for the other players to step up. I can totally understand him wanting to go back for his first child’s birth.

“Kohli is worth two players; one, as a batsman and two, as the captain, setting the field with his energy and attitude. Australia would want to dominate the series and level the ledger. They have Smith and Warner back.”

The tourists will need to pull up their socks and they will have a tough job at hand. India have the experienced players in their squad and the likes of Rohit Sharma, Ajinkya Rahane and Cheteshwar Pujara will need to step up their game.