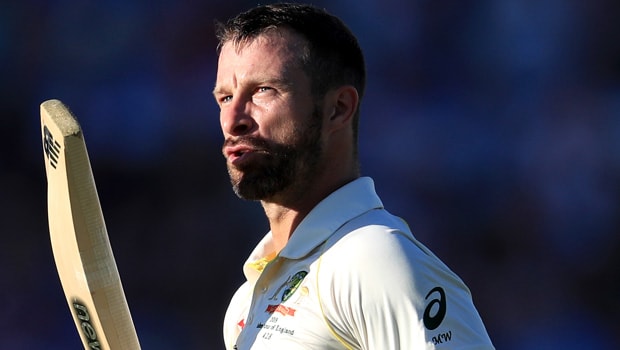 Australia’s wicket-keeper batsman Matthew Wade, hard-hitter Glenn Maxwell and leg-spinner Mitchell Swepson took their team to 12-run win in the final T20I match at the Sydney Cricket Ground on Tuesday against India. The Indian skipper Virat Kohli threatened to take the game away from the hosts with a well made 85 but he didn’t get the support from the other end.

Matthew Wade continued his good form as he timed the ball to perfection. The left-hander continued to pick up his gap despite the early wicket of Aaron Finch, who didn’t have a great return. On the other hand, Smith couldn’t get going and he got a reprieve from KL Rahul who shelled the stumping chance

However, the missed chance didn’t hurt India that much as Smith was bowled after a couple of balls by Washington Sundar. Furthermore, India missed another opportunity to dismiss Matthew Wade just when he reached his fifty. Kohli was slightly late in going for the review but it later showed that Natarajan’s delivery was crashing into the stumps.

Moreover, Maxwell also had two lives as he was dropped by Deepak Chahar and Yuzvendra Chahal when he was on 38 and 53 runs respectively. Wade and Maxwell added 90 runs for the third wicket but the poor Indian fielding gave ample opportunities to both the batsmen. Australia were able rack up 186 after Wade scored 80 whereas Maxwell scored 54.

On the other hand, India got off to a horrid start as KL Rahul was dismissed on the second ball. Kohli was able to hit the ground running whereas Dhawan also gave good support to him. However, Dhawan was dismissed after Daniel Sams took a good ricocheted catch. Kohli also had the rub of the green on his side as he dropped on 18 by Steve Smith.

But Sanju Samson once again failed to grab his opportunity as Swepson took his second wicket. Shreyas Iyer was plumbed for a golden duck and it put the visitors on the backfoot. Hardik Pandya and Virat Kohli gave a glimpse of hope but the asking rate kept climbing, which meant the pair had to keep taking their chances.

Zampa dismissed Pandya whereas Sams took another good catch to dismiss Kohli as both the batters were dismissed in quick succession. Swepson scalped three wickets for only 23 runs in his four overs and he was the pick of the bowlers.