Aus vs Ind 2020: We are ready for pink ball Test match – Hanuma Vihari 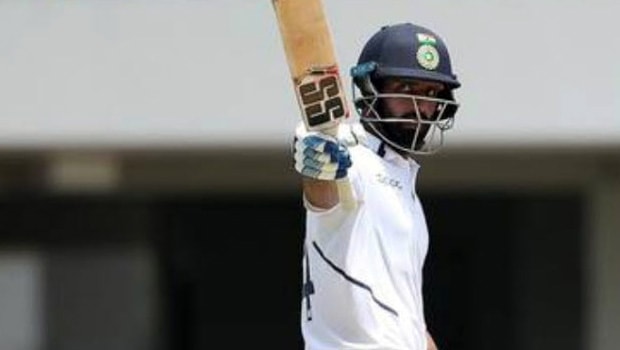 The visitors played two warm-up matches against Australia A and the second warm-up match was a pink-ball game, which was an ideal preparation for the tourists. The players have got the right practice under their belt and they will now look to execute their skills in the Test series.

On the other hand, the pink-ball Test match will be a different ball game altogether as it is not easy to sight the ball in twilight. Vihari noticed that the ball came better on the bat in the second warm-up match at the SCG if you get settled at the crease.

“Getting used to the pink ball is a challenge and after that pace and bounce is totally different from what you get with the red ball. It comes on to the bat pretty well. I thought there was a bit of seam movement on the first day as well. Getting used to it was a big challenge and now I feel as a team we are very well prepared. I think getting to play with the pink ball just before the Test is an ideal practice for us and we played against a decent opposition in both games,” Vihari said.

Vihari also noted that the pink-ball moves more than the red-ball under the lights and it is going to be a challenge for the visitors. The right-hander was not part of the Indian team’s final XI in the first pink-ball Test match against Bangladesh at Kolkata.

“The challenge against the pink ball during the twilight and when the floodlights are on you know it does a little bit in the air and off the wicket, so that is a challenge we have realised as a team. I hope not only me but all the batsmen we will take it as a challenge going into Adelaide, we will make sure that as a batting group we put up a good total for the bowlers,” Vihari said.

Meanwhile, Hanuma Vihari scored a fine century in the second warm-up match and looked in top notch form. The right-hander will hold the key for the Indian team and he is expected to bat at number six for the tourists.

The first Test match will be played at the Adelaide Oval from December 17.