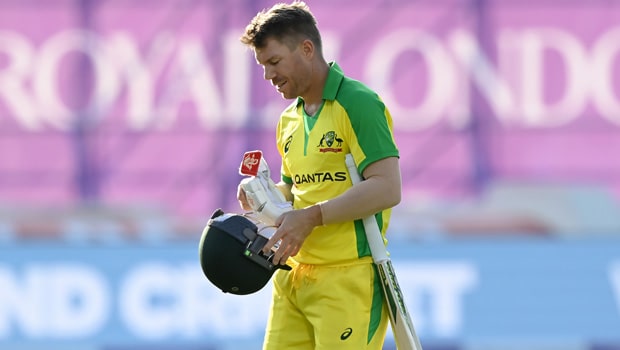 Australia’s batsman Matthew Wade is hopeful that talisman batsman David Warner will play in the third Test match. Warner had missed the first two Test matches due to groin injury which he suffered in the second ODI and he has been added to the Test squad after Joe Burns was removed following his poor run of form.

Warner is yet to achieve full fitness and it would be interesting to note if he gets a nod in the third Test match. The southpaw batsman has all the experience under his belt and he will add value to the team.

Furthermore, Australia’s talisman batsman Steve Smith has scored only 10 runs in the two matches as he has struggled to get going against the Indian bowlers. Ergo, Warner’s role will be crucial at the top of the order if he gets to play in the final XI.

On the other hand, Matthew Wade was a positive for Australia after the second Test match at the MCG. The left-hander played a gutsy knock of 40 runs in the second innings and showed the resistance while opening the innings.

Will Pucovski has also been added to Australia’s squad, which means Matthew Wade can be drop down in the middle order and out of form Travis Head can be dropped from the playing XI.

“We expect David to play, so it’ll either be me opening with him or they’ll make a change. I’m not sure it’ll be me and Will,” Wade said as quoted by The Age.

Wade was able to grab his opportunity in the absence of David Warner and did justice to his selection. The left-hander has got off to starts but he hasn’t been able to convert them into substantial scores. Thus, Wade will look to get a big score in the third Test match.

Wade added that Warner is a dangerous batsman at the top of the order as he scores his runs at an impressive strike rate. Warner is known to take the attack to the opposition and he can take the game away from the Indian team if gets going.

“I’ll give myself a good chance. We all know what Davey does, he’s a dangerous player at the top of the order and they are hard to come by – guys that average 50 and strike at what Davey does. There’s been a lot of talk around the strike rate, but standing in the field India have been under pressure with our bowlers for a long period as well. That’s tough, hard Test cricket, it’s not easy to score. I saw it as an opportunity to show I was versatile to bat from one to seven, I’ve batted in pretty much every position in the Test line-up, so I saw it as a positive opportunity,” he added.

The third Test match will take place at the SCG from January 7.