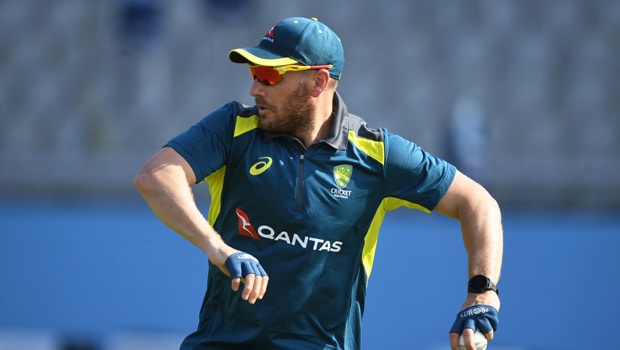 The Australian captain Aaron Finch believes his team fought really well in the third ODI against India at Manuka Oval, Canberra on Wednesday. India won the final match of the three-match series by 13 runs after a fine performance. Australia had made three changes to their final XI and Finch reckons the players did well throughout the series.

The hosts had already clinched the three-match series as they had taken an impregnable lead of 2-0 after the first two matches. In fact, Australia had India on the backfoot in the third ODI as the visitors were in a spot of bother at 152-5 after 32 overs.

However, Hardik Pandya and Ravindra Jadeja were able to get their team out of the trouble as they scored 92 and 66 runs respectively and Finch gave credit to the pair. Furthermore, Australia had the match in their grasp when Glenn Maxwell was going all blitzkrieg. But Jasprit Bumrah’s accurate yorker changed the match on its head as the dangerous batsman was dismissed after scoring 59 runs.

Despite the loss, there were a lot of positives for Australia. Ashton Agar scalped two wickets in his 10 overs and conceded 44 runs. Furthermore, Cameron Green, who made his ODI debut showed that he belongs to the top level as he generated good bounce from the surface and also looked good during his knock of 21 runs.

However, India was the better team on the day as they made a roaring comeback. Australia had already bagged the series and thus it was a crucial win for the visitors.

Meanwhile, Aaron Finch also clarified that Mitchell Starc, who missed the final ODI due to a niggle should be fine for the T20I series.

Aaron Finch said at the post-match presentation, “I thought we fought really well. It was a great partnership between Hardik and Jadeja. If we got one of those wickets, we could have chased 240 max. Cameron Green came in and made an impact with ball and bat, and showed he belongs here. Agar bowled beautifully, it was a good day in terms of the changes we made. The impact that the two spinners are having, that’s important. It’s nice when the guys in the top order contribute and then Maxi (Maxwell) can come in and do his thing with Carey and other guys. Hopefully he’s (Starc) ready for the T20Is. Was just a niggle”.

Australia had outplayed the Indian team in the first two ODIs and they will look to get back the winning momentum in the T20I series. The first T20I will take place at the same venue of Manuka Oval, Canberra on December 4.