Home » Cricket » Aus vs Ind 2020: We have never seen Virat Kohli’s energy drop down on the field – VVS Laxman

Aus vs Ind 2020: We have never seen Virat Kohli’s energy drop down on the field – VVS Laxman 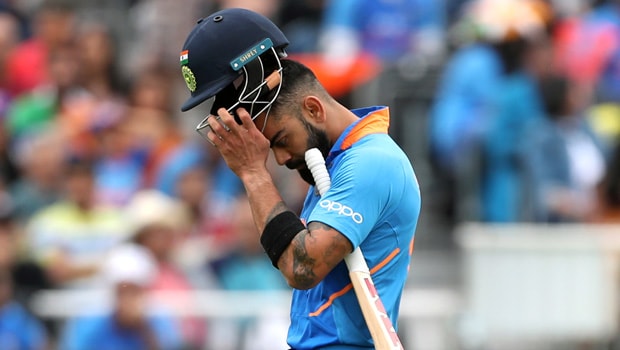 The Indian skipper Virat Kohli is known to play with a lot of intensity. Kohli is always seen giving his 120% on the field and there is no scope of any kind of leniency in his game. The Indian captain’s hunger for runs is never satiated and he always wants to keep improving. The talisman has always worked hard on his game and he has been able to reap fruits for the same.

Kohli made his debut back in 2008 and he always wants to be in the contest. The linchpin is known to take the bull by its horns and he gives his all on the field. Former Indian batsman VVS Laxman thought it would be difficult for Virat Kohli to maintain high intensity throughout his long career but the Delhi batsman has been able to do it day in and day out.

Laxman stated that we have never seen Virat Kohli’s energy drop down on the cricket field and this is what makes him one of the most successful players of the current generation.

Laxman was full of praise for the Indian skipper after he became the fastest to reach the milestone of 12000 ODI runs. Kohli got to the landmark in 242 innings whereas Sachin Tendulkar had taken 300 innings to reach the same feat.

“Phenomenal. I think, the way he has played in each and every series, the kind of intensity he has maintained each and every day, when he’s on the cricket field is unbelievable, because at some stage I thought that will be the biggest challenge for Virat Kohli, at some stages he will burn out, but not even once we have seen that energy drop down when Virat is on the cricket field, whether he is batting or he is fielding,” Laxman said on The Cricket Connected Show in Star Sports.

On the other hand, Laxman lauded Kohli’s ability to handle the pressure while chasing a target. Kohli has scored 26 ODI centuries in the second innings and India has won 22 matches out of them. Furthermore, Kohli has an incredible average of 96.21 in India’s successful run-chases.

“And under pressure, because if you see his one day record how many Hundreds did he get while chasing and then you know that you’ve got a target to achieve, there’s always a scoreboard pressure on him, but he relishes pressure, he relishes responsibility and that’s what gets the best out of him,” the former batsman added.

Kohli is the most consistent batsman of the modern game and he has done a fine job for the Indian team. The right-hander also completed 22000 International runs in the ODI series against Australia.

The first T20I between Australia and India will take place at Manuka Oval, Canberra on 4th December.