Home » Cricket » Aus vs Ind 2020: We were clinical with the ball and in the field – Virat Kohli

Aus vs Ind 2020: We were clinical with the ball and in the field – Virat Kohli 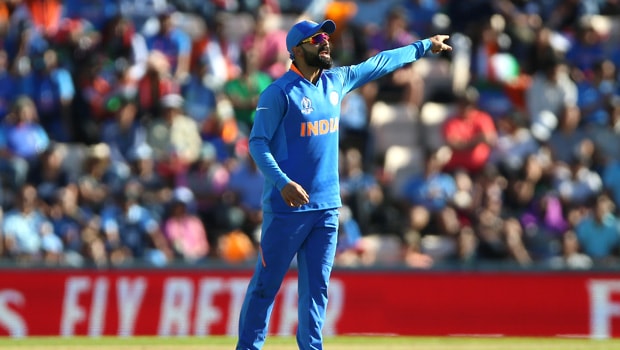 Indian skipper Virat Kohli is delighted after his team’s clinical performance in the third ODI against Australia. The visitors were finally able to get a consolation win after a fine batting performance from Kohli, Hardik Pandya and Ravindra Jadeja whereas the fast bowlers were also able to do their job.

The tourists posted a par score of 302 runs after Virat Kohli finally won the toss and decided to bat first. India were in a pickle at 152-5 but Hardik Pandya and Ravindra Jadeja added 150 runs for the sixth-wicket alliance.

Pandya smashed 92 runs from 76 balls whereas Jadeja scored 66 runs from 50 balls to take their team to a challenging score. The pair added 86 runs in the final six overs to change the momentum of the game.

On the other hand, India was better with their bowling performance. Shardul Thakur scalped three wickets whereas Jasprit Bumrah and debutant T Natarajan snared a brace to help India get over the line. Furthermore, the Indian team effected one run-out whereas Ravindra Jadeja took a fine catch at long-leg.

In fact, at one stage Australia had the match under their grasp when Glenn Maxwell and Ashton Agar were going strong. However, Jasprit Bumrah was able to get his team back into the contest as he dismissed Maxwell with a perfect yorker.

Thus, it was a clinical performance from the visitors as they finally brought their best to the table. The tourists were outplayed in the first two matches but they were able to make a roaring comeback.

Virat Kohli said in the post-match ceremony, “We were clinical with the ball and in the field. Happy with the performance and hopefully we take the momentum forward. I would have liked to go on for a bit longer, but it was a great partnership between Pandya and Jadeja. The team needed that kind of a boost. That’s needed when you play a team like Australia”.

It was a much-needed win for the Virat Kohli-led as their confidence must have gone down after losing the first two matches. It was a collective effort from the Indian team and they will look to continue the same in the upcoming T20I series.

The first T20I between Australia and India will take place at Manuka Oval, Canberra on December 4.