Home » Cricket » Aus vs Ind 2020: We will have our plans ready for Rohit Sharma – Nathan Lyon

Aus vs Ind 2020: We will have our plans ready for Rohit Sharma – Nathan Lyon 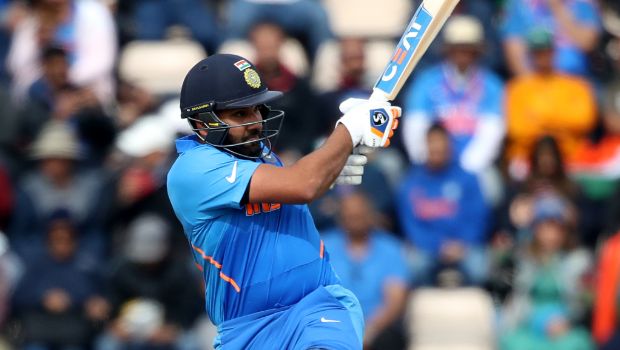 Australia’s veteran off-spinner Nathan Lyon has revealed that they will have their plans ready for Rohit Sharma in the upcoming third Test match.

Rohit has been named as the vice-captain of the team for the last two Test matches, which makes it a certainty that he will play in the third Test match.

Subsequently, either Mayank Agarwal or Hanuma Vihari could be dropped from the final XI. Meanwhile, Rohit can take the game away from the opposition in a jiffy if he gets settled and it would be crucial for Australia to keep him quiet. The experienced batsman is yet to prove his mettle in the overseas conditions and it would be interesting to note his batting position.

Rohit had grabbed his opportunity while opening the innings in the Test series against South Africa in 2019 and he would look to replicate the same success in the Australian conditions. However, it is not going to be easy for the right-hander as he hasn’t played in the red-ball format for over a year.

Nathan Lyon said, “Obviously, Rohit Sharma is one of the best players going around so it’s going to be a tough challenge for the bowlers, he is a big influencer for the Indian side so it would be interesting to see who they leave out but we will have our plans ready for Rohit, hopefully, we will get top of him nice and early.”

On the other hand, Lyon was all praise for India’s stand-in Ajinkya Rahane. Lyon noted that Rahane is always calm under pressure and led the team from the front in the MCG Test. Rahane also scored a match winning 112 runs to help his team get a lead of 131 runs.

“Rahane is a world-class batter which obviously helps with everything, his patience he shows at the crease, he doesn’t give away much, he doesn’t bide into any sledging or any conversation out there in the middle, he is very calm and collective, it’s a few different things he offers, he is standing up at the moment being the leader, hopefully, we will have some plans for him come the SCG Test.”

India had made a roaring comeback into the series in the MCG Test and they will look to continue the same form whereas Australia would aim to bounce back. The visitors must have grown in confidence after their triumph in the Boxing Day Test match and they will aim to keep the momentum on their side.

The third Test match begins from January 7 at the Sydney Cricket Ground.