Home » Cricket » Aus vs Ind 2020: Whenever the chips are down, Bumrah has pushed harder – Sachin Tendulkar

Aus vs Ind 2020: Whenever the chips are down, Bumrah has pushed harder – Sachin Tendulkar 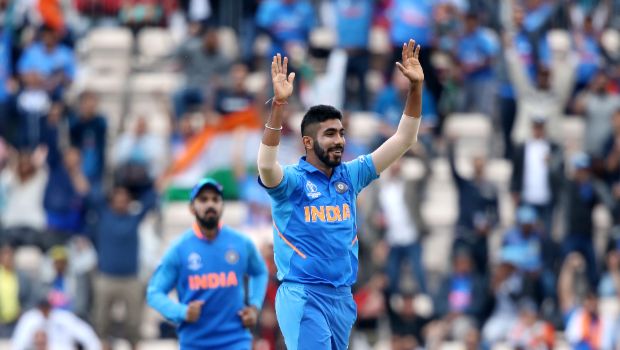 The Master Blaster stated that Bumrah has pushed himself harder whenever the chips have been down for the Indian team.
Bumrah is the team’s pack leader in the absence of experienced Ishant Sharma and Mohammed Shami.

The fast bowler has done a fine job in the first two Test matches as he has bowled at the top of his game. The ace paceman has scalped eight wickets in the two Test matches at an impressive average of 23.62. Bumrah has kept the pressure on the Australian batsmen as he has conceded his runs at an economy rate of 2.66.

Tendulkar told PTI in an interactive, “In the fast bowling department, Bumrah as the leader of the attack has taken more responsibility and whenever the chips are down, he has pushed himself harder. That’s the sign of a champion bowler.”

Furthermore, Bumrah guided Mohammed Siraj on the right track in the second Test match. Siraj also made an impressive debut as he returned with impressive figures of 5-77 in the Boxing Day Test.

Siraj had impressed in his First-class career and he was right on the money in the second Test match at the MCG. The fast bowler from Hyderabad showed great discipline in his bowling and he was able to deliver the goods for the team.

Moreover, Ravichandran Ashwin has been the pick of the Indian bowlers. Ashwin has snared 10 wickets in the two Test matches and he is currently the leading wicket-taker of the series. The off-spinner has also dismissed Steve Smith on two occasions and he has troubled the Australian talisman batsman.

Consequently, India’s bowling unit has come up with a collective effort and they have kept the hosts’ at bay. Meanwhile, Umesh Yadav has been ruled out of the last two Test matches due to a calf injury and thus Shardul Thakur is expected to play in the third Test match.