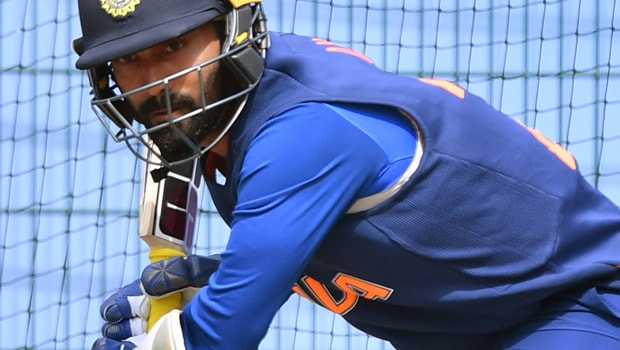 India’s wicket-keeper batsman KL Rahul feels he is not a power-hitter of the ball as he relies on timing to score his runs in all the three formats of the game. Rahul is a treat to the eyes when he gets going and he mostly looks to time the ball to perfection. The right-hander has been in sublime form in the recent past and he will look to continue the same.

Rahul added that he likes to play according to the match situation and what his team requires at a particular situation. The flamboyant batsman stated that if he needs to score his runs at a strike rate of 170, he will do it for the team but without trying to hammer the ball.

“I wouldn’t call my batting power-hitting, that’s something I honestly feel like I have not been able to do or not what I am blessed with,” Rahul said on the eve of the white-ball series against Australia starting with the first ODI on Friday.

“I am blessed with certain skills and I try and play the role I feel the team requires me to play at that particular moment. If that means scoring runs at 160-170 strike rate, I try to do that to the best of my ability and if it’s the other way around, I will try to do that,” he added.

On the other hand, Rahul has received his chances as he has scored his runs consistently for the team. Rahul had finished as the leading run-getter of the recently concluded Indian Premier League as he had amassed 670 runs in 14 matches while leading Kings XI Punjab.

The stylish batsman was also the highest run-getter for the Indian team in the T20I and ODI series in the last series against New Zealand.

“I have never got a long run like this. So yeah, it feels good that I am contributing to the team’s win and playing my role pretty well. Happy that I can put up consistent performances.”

Meanwhile, Rahul reckons Marnus Labuschagne and Glenn Maxwell will hold the key for the Australian team and it will be crucial for the visitors to dismiss them cheaply.

Rahul could open the innings with Shikhar Dhawan or he can bat at number five in the batting line-up. Thus, it would be interesting to note which role he will get in the series against Australia. The first ODI will take place at the Sydney Cricket Ground on November 27.