Home » Cricket » Aus vs Ind 2020: You need to be on your toes while playing against Australia – Hardik Pandya

Aus vs Ind 2020: You need to be on your toes while playing against Australia – Hardik Pandya 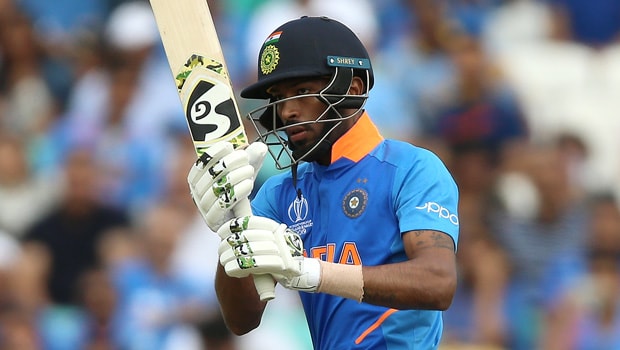 India’s all-rounder Hardik Pandya stated that one needs to be on their toes while they are playing against Australia in the latter’s own conditions. The Men in Navy Blue had to sweat hard for their win in the third ODI after Hardik Pandya and Ravindra Jadeja added 150 runs. The visitors won the final ODI by 13 runs at the Manuka Oval, Canberra on Wednesday.

India had lost the first two matches of the ODI series and had their backs against the wall. The team’s confidence was starting to get low and it was a much-needed win for the tourists. Australia is always a difficult opposition especially when they are playing in their own conditions and India knew they had to be at the top of their game to topple the hosts.

Meanwhile, Hardik Pandya had a perfect ODI series for the visitors. Pandya gave a glimmer of hope to the Indian team in the first ODI as he had blasted 90 runs from 75 balls. But, the right-hander failed to get his timing right in the second ODI. However, Pandya once again cashed in on the opportunity in the final match as he smashed 92 runs from 76 balls.

India were under the cosh as they were at 152-5 after 32 overs but Pandya’s knock ensured that the team finished their batting innings on a high. The right-hander scored 210 runs in three innings at an average of 105 and a blistering strike rate of 114.75. Pandya played as a specialist batsman except for the second ODI where he bowled four overs of cutters and did justice to his role.

Hardik Pandya was awarded the Man of the match for his fine knock of 92 runs. Pandya said in the post-match presentation, “I will be fine to play the T20Is. I have been working hard to play for my country, happy that I’ve got the opportunity. Really happy for Natarajan and the rest of the bowlers. It’s been quite a story for him. You need to be on your toes when it comes to playing against Australia. You got to push hard and face the challenge against them”.

Hardik Pandya will look to continue his blistering form in the upcoming T20I series and he is going to hold the key for the tourists. The first T20I will take place at the same venue of Manuka Oval, Canberra on 4th December.