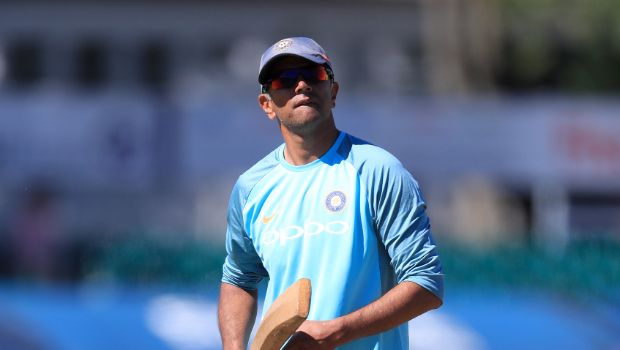 Rahane shared that Dravid called him before the all-important tour and told him to not take unnecessary pressure of the leadership. Rahane also revealed that the former Indian skipper advised him to not bat for a long period in the net sessions.

The advice worked wonders for Rahane as he was able to deliver the goods both as a leader and as a batsman. Despite a spate of injuries which hampered the Indian team, Rahane kept his cool in the pressure situations to get the best out of the young players.

The turning point of the Test series came in the MCG Test when Rahane scored a majestic 112 runs and took India’s lead to 131 runs. The visitors went on to win the Boxing Day Test match by eight wickets and they were able to bounce back in the Test series after the Adelaide debacle.

“Rahul Bhai actually called me before the series, when we were leaving to Australia from Dubai. He said, ‘Don’t take any stress, I know you are leading the team after the first Test. Don’t worry about anything, just be strong mentally. Don’t bat a lot in the nets’, (which is) unlike Rahul Bhai,” said Ajinkya Rahane while talking to Harsha Bhogle.

Dravid told Rahane that he made a mistake of batting for a long time in the nets during his glorious career. Thus, he told Rahane to not take any stress regarding batting as well as the captaincy.

“Rahul Bhai loves batting, and he was like ‘that’s the mistake I did’. He said, ‘don’t bat a lot in the nets, your preparation is really good, you’re batting so well. So, don’t take any pressure. Just think about how you are going to lead the team, how you are going to give confidence to the players. Don’t worry about the result, it will take care of itself’. That conversation really made it easy — Rahul Bhai telling me to not bat a lot in the nets. It was really good,” added Rahane.

Ajinkya Rahane scored 268 runs in the four-Test matches at an average of 38.29. But most importantly he led the young players from the front to get the best out of them.

Dravid has all the experience under his belt and his advice worked wonders for Rahane. Rahane will now get back to his vice-captaincy role as Virat Kohli will lead the team in the first Test match against England at the MA Chidambaram, Chennai, which starts from February 5.