Aus vs Ind 2021: Ajinkya Rahane reveals what he told Rishabh Pant during the Gabba Test match 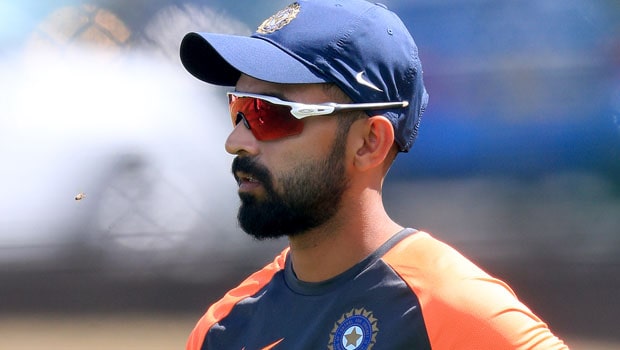 India’s stand-in skipper Ajinkya Rahane had made his intentions clear when he had walked out to bat in the second innings of the Gabba Test match. Rahane scored a quickfire 24 from 22 balls with the help of one four and a six. Thus, Rahane had already given a message that the Indian team is going to go for the target of 328 runs.

However, when Rahane was dismissed by Pat Cummins, the visitors required another 161 runs to get to the improbable target. Pant was promoted to number five and Rahane told him to not take any risk till tea, which was 20 minutes away.

Pant took his time in the initial phase of the innings and then kept growing in confidence. As Shubman Gill had given a good start to the tourists, they had a chance of chasing down the total.

Pant batted sensibly till Tea was called and the visitors required another 145 runs to get in the final session. Cheteshwar Pujara had also done well in holding one end up and thus Pant had the license to go for the target.

The left-hander showed great calmness at the crease and didn’t squander under pressure. Pant showed great maturity in his strokeplay and batted at the top of his game to get the team over the line.

“When Rishabh was walking in and I was going in the dressing room, I told him, ‘There are 20 minutes left to tea, play these 20 minutes out really well, and after tea, do whatever you want. Just play your game.’ So we were thinking about that, playing our individual game,” Ajinkya Rahane said while talking to Harsha Bhogle on his Facebook page.

Rahane added his knock of 22-ball 24 gave the momentum to the side. The right-hander had batted aggressively as soon as he had arrived at the crease and had made it clear that they will be going after the target. Rahane revealed that he told Pujara to play his natural game whereas he will take some risks.

“I remember when Pujara was batting and I walked in, I told him, ‘Just play the way you like. You play your normal game and I am just going to attack and play positive cricket. If I can get 30-40 quick runs here, we have a game in hand.’ I got out on 25 odd runs, but we got that momentum,” Ajinkya Rahane asserted.

India went on to win the historic Test match and a lot of credit goes to Shubman Gill, Rishabh Pant, and Chesteshwar Pujara for the successful run-chase. Cameos from Ajinkya Rahane and Washington Sundar were also crucial in the run-chase.