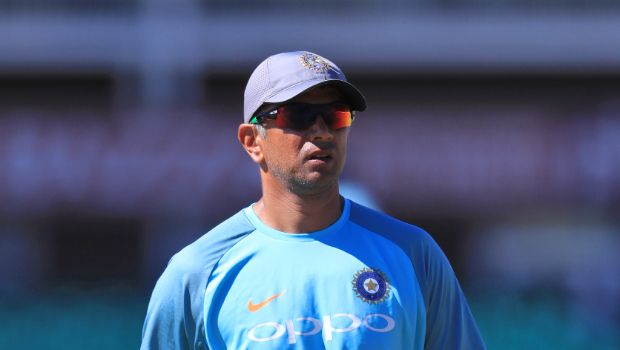 India recently won the Border-Gavaskar series by 2-1 as they stunned Australia in their own backyard. Ajinkya Rahane, Virat Kohli, Ravi Shastri, and Co. deserve all the credit for getting the best out of the team.

However, former Indian skipper Rahul Dravid also deserves a lot of credit for preparing the next generation of cricketers.

Dravid was Under-19 and India A coach and guided the young players on the right path. The former Indian skipper is now the head of the National Cricket Academy and he has been instrumental in helping the young players grow in confidence.

Dravid has played a key role in churning out the next generation of players. Players like Shubman Gill, Washington Sundar, Shardul Thakur, Mohammed Siraj, and T Natarajan were instrumental in the success of the team on the Australian tour. There is no doubt that Dravid has played a huge role in helping these players at the Under-19 and India A level.

The India A tours had substantially helped these players in getting to know about the foreign conditions. Thus, when these players played on the Australian pitches, they weren’t completely unknown to the conditions.

“I think Rahul bhai’s role was massive. We used to go to NCA before lockdown and if a guy like Rahul Dravid is there, you learn something every day.”

“Rahul Bhai plays a very big role. He was with the Under-19 team, then he was with India A, and now he is with the National Cricket Academy. (The system) has helped Mohammed Siraj, Saini. They have been on their toes and they did so well. Shubman Gill also, Mayank Agarwal. Before joining international cricket, he did so many tours with India A, got runs at the domestic level.”

Meanwhile, Rahane shares a great bonhomie with Rahul Dravid. In fact, a lot of cricket boffins believe that there are a lot of similarities between Rahane and Dravid’s conduct on and off the field. Rahane revealed that Dravid had sent him a congratulatory message after wins at MCG and the Gabba Test match.

“We talk over the phone, exchange messages. He messaged me after the Melbourne match and immediately after the Brisbane match, saying how proud he was of the team.”

Rahul Dravid has helped Indian cricket to achieve new heights and he has been a massive servant of the game. Meanwhile, Ajinkya Rahane was able to deliver the goods as a leader and he deserves a lot of credit for the team’s win.

India will now face England in the four-match Test series in the home conditions.